Responding to COVID-19 product risks: should Government focus on the manufacturer or the patient?

It was revealed recently that the Government has agreed to cover the legal liabilities of companies developing medical equipment at speed in the fight against COVID-19.

In a letter in April 2020 to the Public Accounts Parliamentary Select Committee, Government Minister Michael Gove MP, revealed that the highly unusual step had been taken of indemnifying certain companies which are manufacturing medical equipment such as ventilators against legal risk in case the product causes injury to patients, or where there was breach of an IP right.

It is clearly important to encourage and facilitate production of much-needed emergency products such as medicines, vaccines, ventilators, PPE, tests which will save lives and reduce the effects of the pandemic. But is it the right approach to provide extensive indemnities for such products for an undisclosed amount to product manufacturers?

It is unclear at this stage what the product liability and IP indemnities will cost, and whether a cap on liability was agreed with the product manufacturers. Mr Gove acknowledged in his letter that the contingency was potentially in excess of £3 million.

The current indemnity seems to target the public spiritedness of manufacturers working outside their usual areas of expertise. The indemnity question will also arise for new vaccines and medicines, where it will be more controversial as such indemnities in the past have been very costly to tax-payers and weighed heavily on the public purse. During the H1N1 swine flu outbreak 10 years ago, vaccine manufacturers sought and obtained very extensive indemnity clauses to offset any side effects suffered by those vaccinated with the emergency vaccine. This attracted strong criticism, including a stinging Council of Europe inquiry which recommended that European countries should in the future "ensure that the private sector does not gain undue profit from public health scares and that it is not allowed to absolve itself of liabilities with a view to privatising profits whilst sharing the risks." Governments were also urged to develop national guidelines for dealing with the private sector so as to avoid such problems in the future. It is unclear whether this advice was heeded.

In the US, an even more radical approach has been taken, as products such as medical equipment and vaccines supplied in an emergency to meet pandemics can be granted immunities for legal claims under US legislation. President Trump has already invoked these powers in the current outbreak. That approach however is unlikely to be acceptable or justified in Europe.

Instead, the option of setting up a compensation fund for injury caused by emergency COVID-19 products could be considered in this country. In this way, were there to be malfunctioning equipment or side effects in vaccines or medicines which had been produced for the current pandemic, then victims would be able to recover compensation easily and quickly through a government-backed scheme. The time and expense of courts cases would also be avoided. This could be modelled on the current compensation scheme limited to vaccine damages, but a bespoke COVID-19 scheme would need to ensure that amounts were sufficiently generous and based on need, so that victims would not be tempted to gamble on the uncertain outcome of litigation. Being proactive in establishing such a fund may both make any immunisation programme effective and reduce costs by giving industry some reassurance that it is unlikely to be overwhelmed by claims. It also fits in with a philosophy that prefers to nudge citizens to make the choices the state wants rather than imposing a system and removing existing rights.

These issues are explored in further detail in a longer SSRN paper. 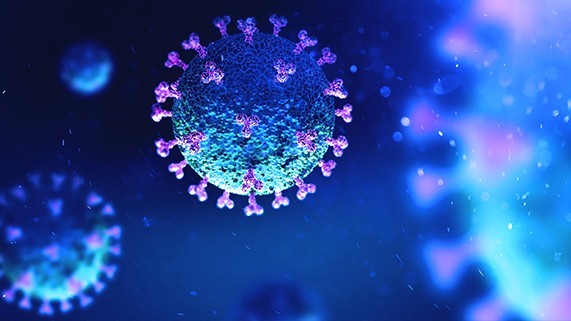