International Criminal Justice Achievements And Challenges, In Syria And Beyond

On 17 July, the Foreign and Commonwealth Office and the British Institute for International and Comparative Law, in association with Temple Garden Chambers and Debevoise & Plimpton LLP, held a conference on the occasion of the 15th anniversary of the International Criminal Court on thetheme of 'International Criminal Justice - Achievements and Challenges, in Syria and Beyond'. This one day event gathered a large audience of private practitioners, senior government legal and policy officials, academics, parliamentarians, think tanks and non-governmental organisations, as well as media professionals.

Following Alice Lacourt's (Foreign and Commonwealth Office) welcome address, the event started with a screening of 'Syria's Disappeared: The Case Against Assad', a Channel 4 documentary,which presents a haunting account of the torture suffered by thousands of detainees under the Syrian regime, allegedly for having taken part in the revolution movement, with the fate of many of detainees remaining unknown, despite ongoing attempts by their relatives to obtain information. 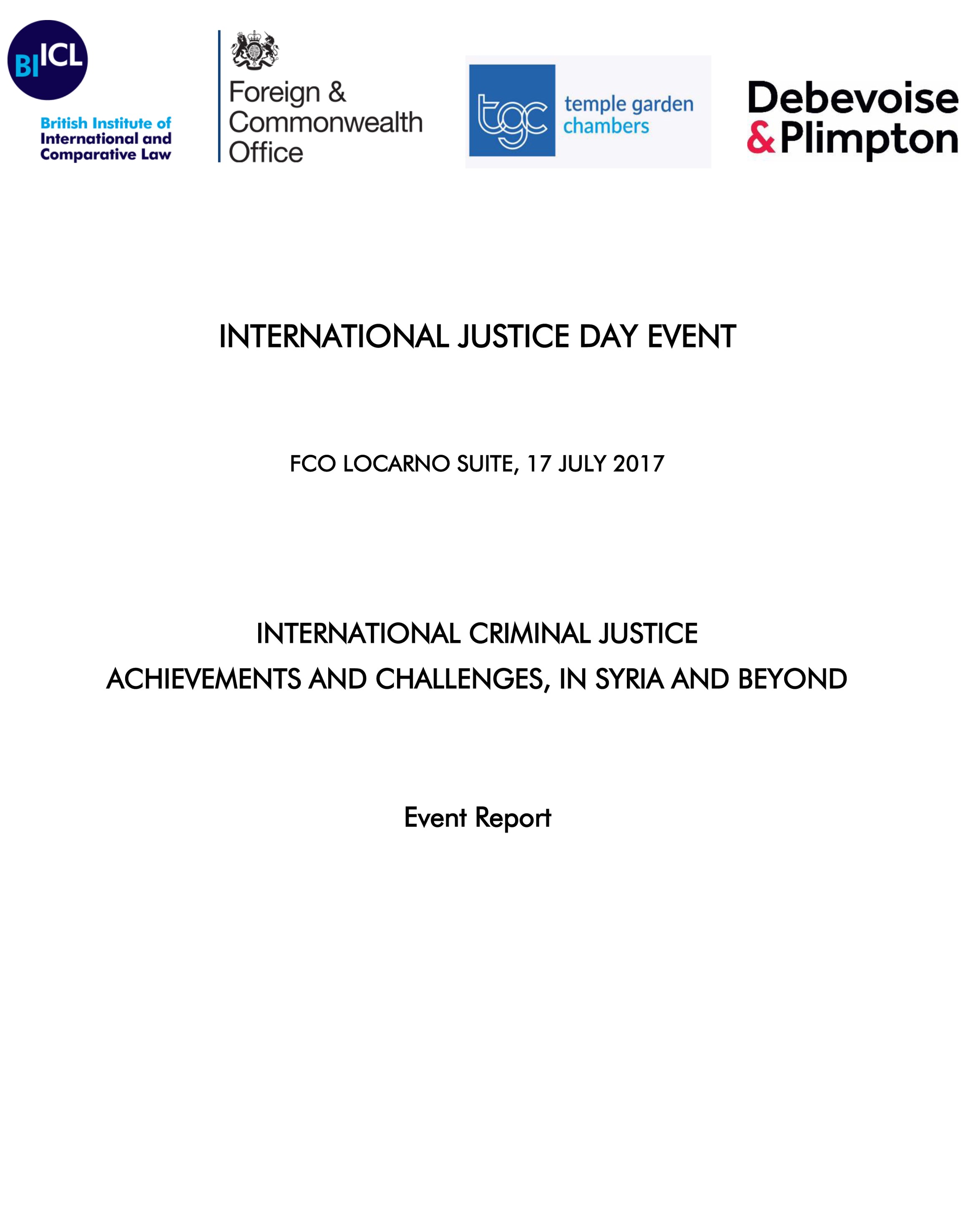