This study examines over 400 investor-State cases conducted under ICSID, UNCITRAL and other arbitration rules, and over 70 ICSID annulment decisions, giving a comprehensive account of how long ISDS proceedings last, how much they cost, how tribunals allocate those costs as well as the amounts of damages awarded.

It offers an empirical insight into the current position of costs incurred by parties in investor-State arbitrations and also changes in tribunals' practice in fixing and allocating such costs. In addition to a quantitative focus, the authors analyse factors of potential relevance to costs of ISDS proceedings, including the choice of arbitration rules and the length of proceedings. This study aims to serve as a reference point for those involved in investor-State arbitrations as well as policymakers considering the reform of the ISDS system.

The importance of understanding these issues cannot be overestimated. Some States have expressed concerns that costs and damages awarded in investor-State disputes have become excessive, causing difficulty for those with limited financial resources. This is especially so when respondent States are often required to pay lawyers, experts and arbitrators substantial sums using public funds to defend claims initiated by foreign investors - often resourceful multinational corporations.

For investors, particular those with relatively modest claims, the high costs and long duration of ISDS proceedings may deter them from pursuing legal action against States and undermine their access to justice. Related concerns may affect the legitimacy and sustainability of the ISDS system.

It is therefore in the interests of both investors and States to see greater certainty on how long ISDS proceedings last, what they cost and how tribunals approach allocation of costs. Tackling high costs and the extended duration of ISDS proceedings remains part of the agenda of the UNCITRAL Working Group III which is considering the reform of investor-State dispute settlement.

The working group's policy paper on procedural efficiency of ISDS (A/CN.9/WG.III/WP.153) has drawn heavily on the 2017 version of this study. Building on two earlier studies conducted by Allen & Overy for 2012 and 2017, this expanded and updated study jointly conducted with BIICL hopes to inform stakeholders of the practical developments, generate discussion and contribute to the debate within the arbitration community and among policymakers.

This study is co-authored by Professor Yarik Kryvoi, Director of the Investment Treaty Forum of BIICL,  with Matthew Hodgson and Daniel Hrčka of Allen & Overy. 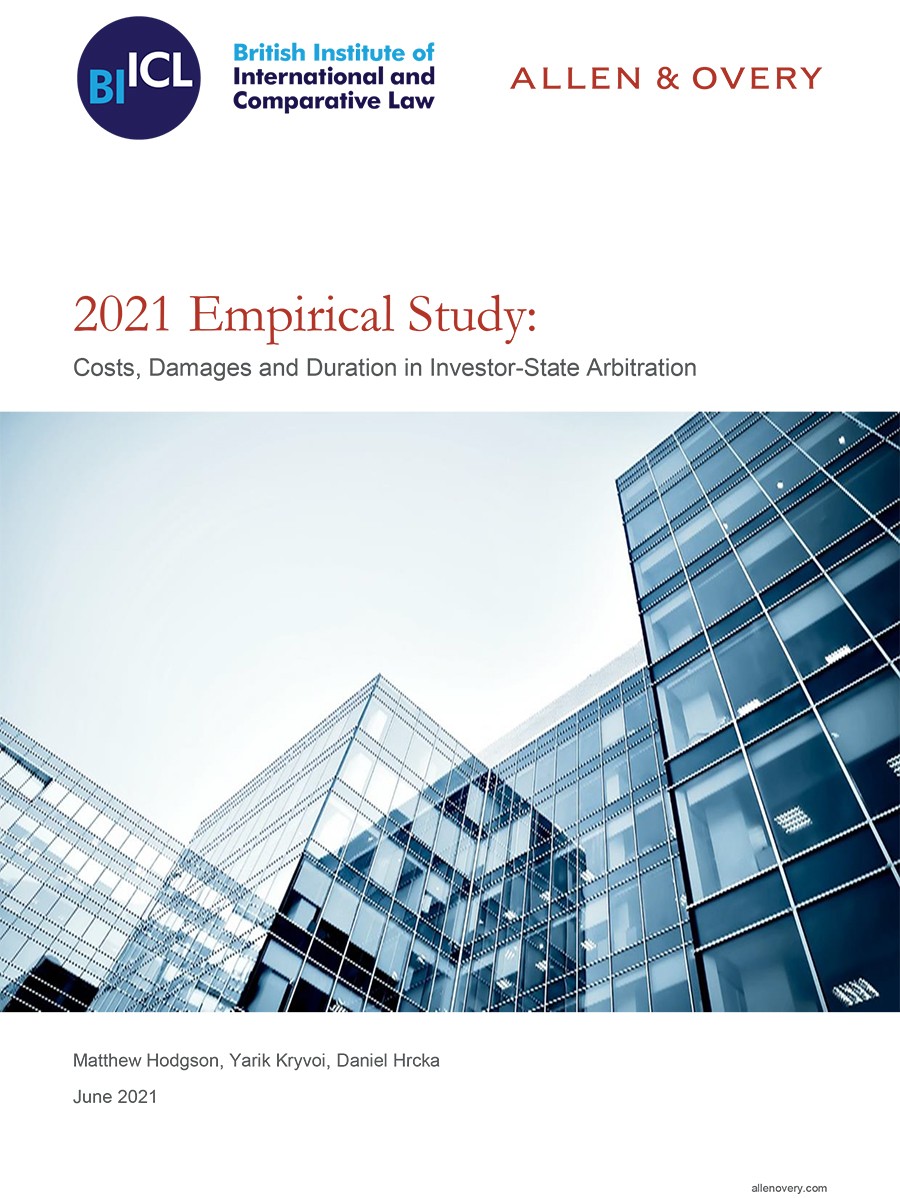