This study examines over 150 annulment decisions rendered by ICSID ad hoc committees and offers a unique insight into how the ICSID system deals with annulment. It provides a detailed examination of the entire universe of publicly available annulment awards. In particular, it builds on the Updated Background Paper on Annulment for the Administrative Council of ICSID published by ICSID in May 2016.

This report examines the trends and practices of annulment committees on key issues such as the success rate of annulment applications, the most frequently invoked annulment grounds, the length and costs of annulments proceedings. It also provides an in-depth analysis on how tribunals approach the specific annulment grounds under Article 52(1) of the ICSID Convention.

This study shows that although applications for annulment are increasingly common, the number of successful annulment applications remains low. Of the estimated 355 ICSID awards rendered under the ICSID Convention as of 31 January 2021, nearly a half were subject to annulment proceedings but only 19 (around 5%) have been annulled in full or in part. Notwithstanding this low success rate, the importance of the ICSID annulment mechanism to the whole investment arbitration system is difficult to overestimate.

This study is co-authored by Professor Yarik Kryvoi, Director of the Investment Treaty Forum of BIICL, with Johannes Koepp and Jack Biggs of Baker Botts.

Watch a recording of the launch event: 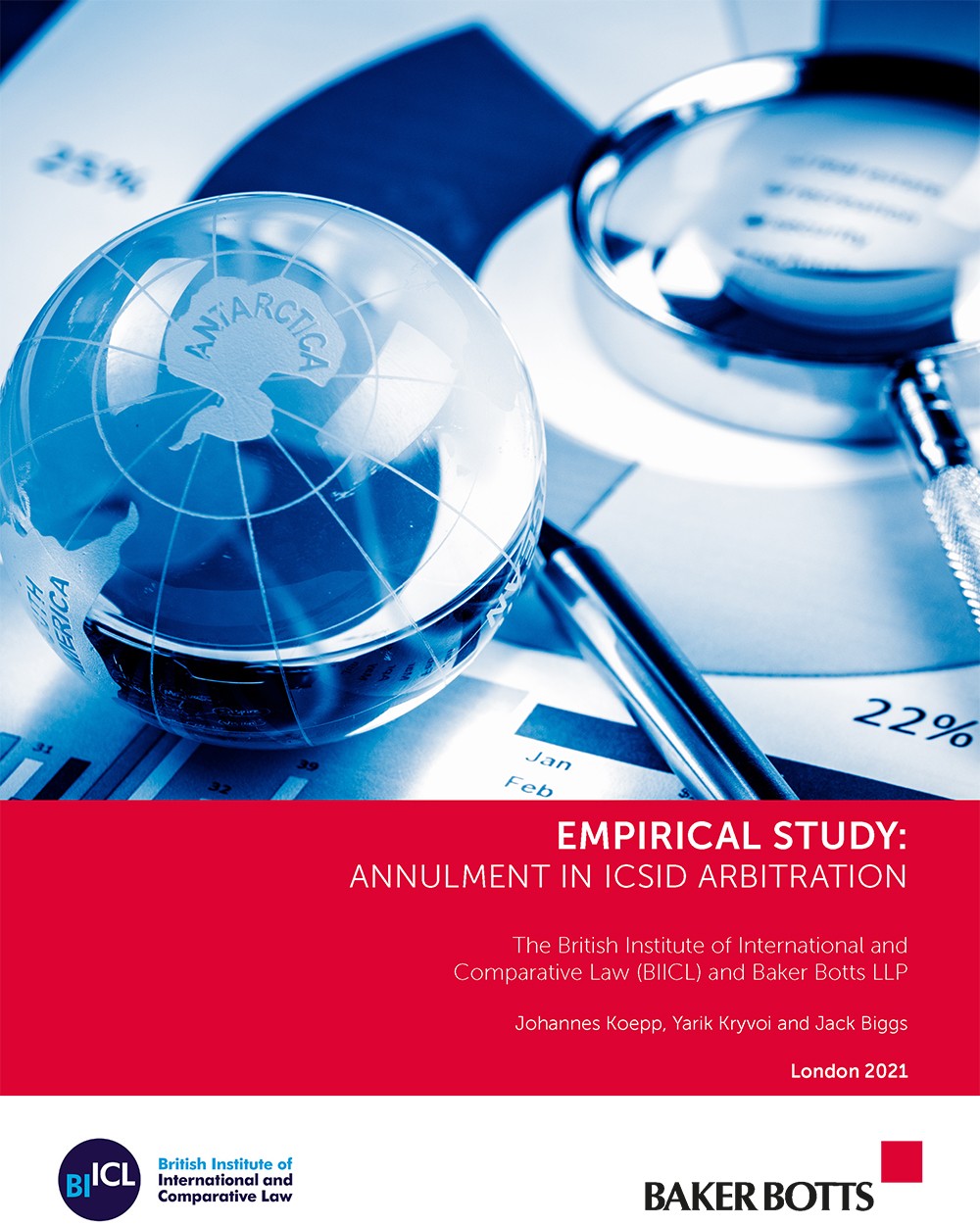