Facilitating the consistency and correctness of decisions remains an important concern for states including with regards to divergent interpretations relating to jurisdiction and admissibility. The UNCITRAL working group that is currently working on reforming the system of investor-state disputes (ISDS) expressed concerns with respect to the cost and duration of such proceedings and in particular the lack of mechanisms to address frivolous or unmeritorious claims, including limitations on the standing of investors.

In the context of investor-state disputes, the term "corporate restructuring" refers to decisions to incorporate companies in certain jurisdictions to benefit from more favourable conditions, most commonly related to tax matters but also to investment treaty protections. This study shows when such restructuring is seen as permissible under international investment agreements and when it leads respondent states to successfully object to the jurisdiction of tribunals.

The study shows that the top five most effective objections of respondent states were based on the interpretation of the relevant treaty provisions and the timing of the restructuring. Other key factors considered by tribunals were the existence of genuine economic activity of the claimant in the host state and the underlying reason for the corporate restructuring.

In the absence of detailed guidance in relevant international treaties, tribunals have significant freedom in deciding on the permissibility of corporate restructuring. However, certain trends have already crystallised and can subsequently be reflected in reformed international investment agreements or practice of investor-state tribunals. Also, these findings may help inform decisions of investors on how to structure their business activities to benefit from international investment agreements. 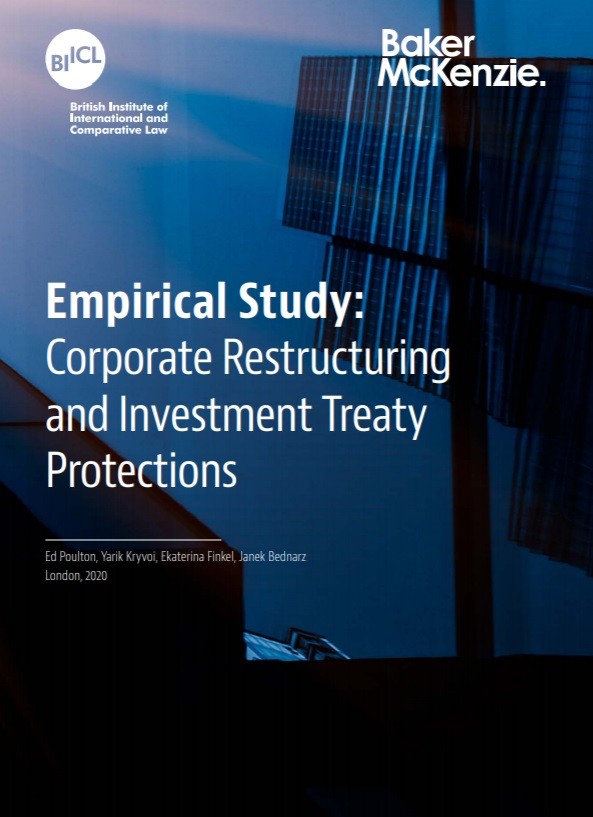