Effectiveness of Section 54 of the Modern Slavery Act

Report analysing how effective section 54 has been in holding UK businesses accountable for modern slavery in their supply chains.

In 2015, the Government of the United Kingdom (Government) introduced section 54 (section 54) of the Modern Slavery Act 2015 (MSA). Section 54 requires businesses with a certain annual turnover to publish a 'slavery and human trafficking statement' (MSA statement) every year. In the express intention of the lawmakers, the MSA statement would enable consumers and civil society organisations (CSOs) to hold big businesses to account for failing to take adequate steps to address modern slavery and trafficking risks in their supply chains.

Despite being heralded as a ground-breaking piece of legislation, the Government's decision to use this light-touch approach to regulation has been criticised for failing to bring about meaningful changes in corporate behaviour. To address these criticisms, in September 2020 the Government committed to several reforms to section 54, including a state-run central registry for MSA statements. In January 2021, the Government announced its intention to introduce financial penalties for organisations failing to comply with section 54.

Nevertheless, even taking these amendments into account, the fundamental question remains: how effective is section 54 in holding UK businesses accountable for modern slavery in their supply chains?

This report for the Modern Slavery and Human Rights Policy and Evidence Centre responds to this complex question by:

It employs a combination of research methods conducted by researchers at the Bonavero Institute of Human Rights, University of Oxford and the Bingham Centre for the Rule of Law / British Institute of International and Comparative Law (BIICL). 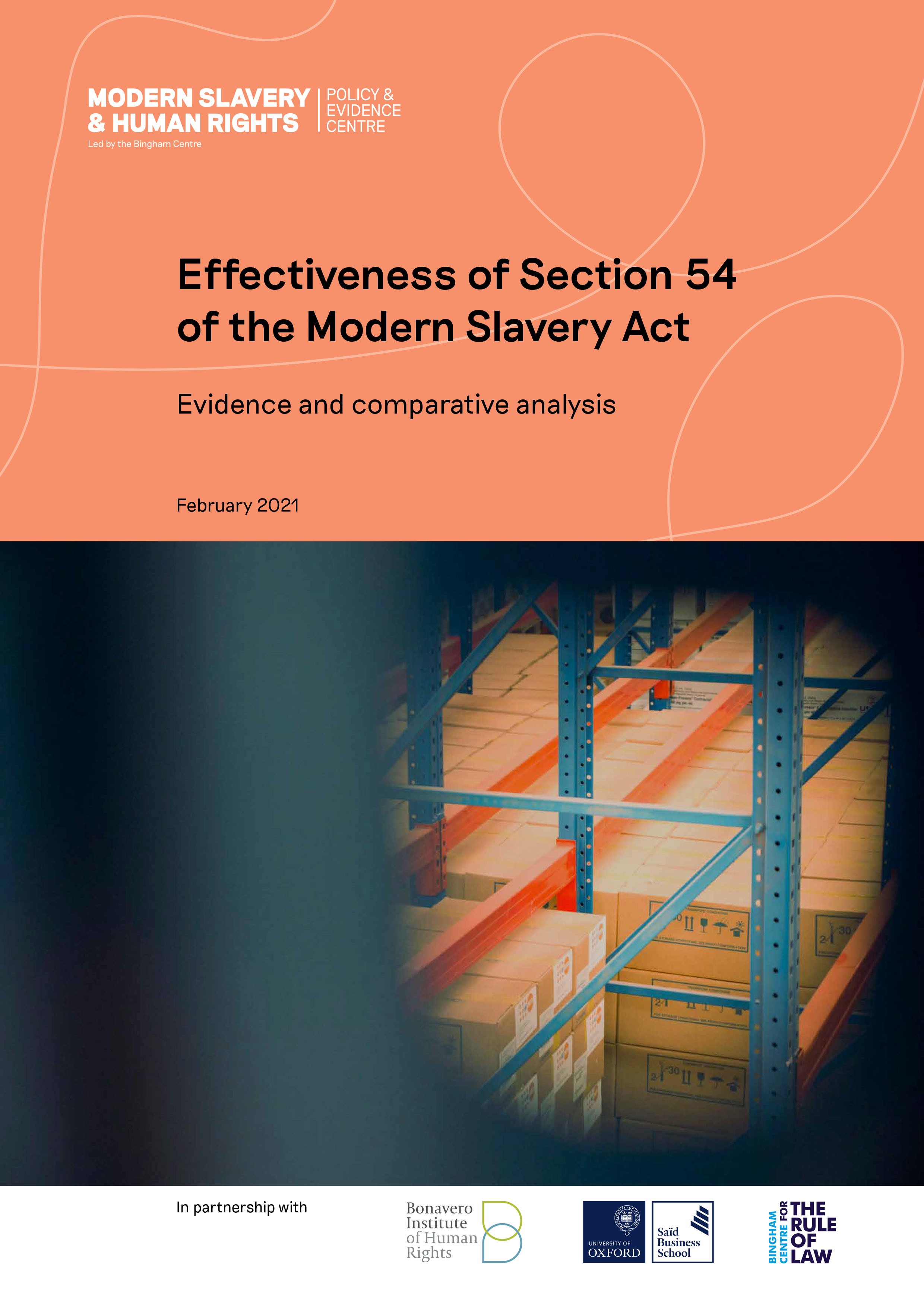