The Coronavirus Bill is a response to a genuine public health emergency and contains the most sweeping powers ever taken by the UK Government outside of wartime.

There is absolutely no doubt that the Government needs to take swift and bold measures to protect citizens, and that some of these measures will unavoidably impinge upon personal liberties in a drastic way. The role of Parliament in scrutinising these measures is even more important during an emergency. Neither law nor Parliament should fall silent in the war on Covid-19.

This Report for the House of Lords stages of the Bill supplements our previous Report. For this Report we focus on three issues

We welcome the Government's amendment, in clause 98, to introduce a six monthly review of the Bill, with the possibility of a vote which will lead to an expiry of the temporary provisions.

We recommend that clause 98 be amended to allow Parliament the opportunity to decide which temporary provisions are extended and which expire; or alternatively that the Minister undertake that Parliament will be provided with such an opportunity.

The Bill contains mechanisms for reporting to Parliament on its operation. Every two months a report must be laid before Parliament. The report is only on the status of the provisions, whether they are in force, and whether it is appropriate that they are in force.

We recommend that reports to Parliament should contain more details. Parliament needs to know whether the individual provisions in the Bill are working and why they are working.

Finally, we consider the Government's recent text message stating "new rules in force now: you must stay at home." Given that this Bill has not been enacted, this message is not accurate, and risks compounding the legal uncertainty to which the emergency has given rise. In this time of crisis, it is imperative that citizens be able to trust what the Government says. The Government should continue to give robust advice, guidance and directions to citizens on what is acceptable behaviour. But the Government should be careful to ensure that it does not compound the legal uncertainty caused by the emergency by making ambiguous statements about what rules apply, when they apply, and the consequences for people if they are breached. 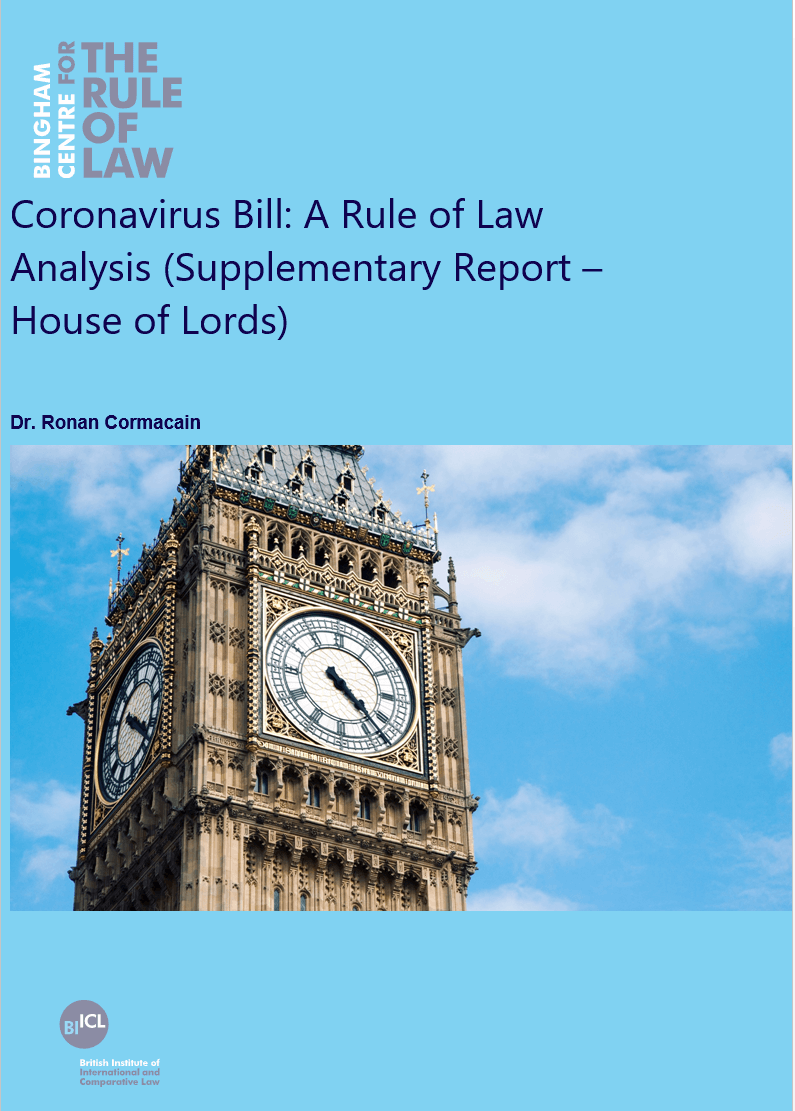