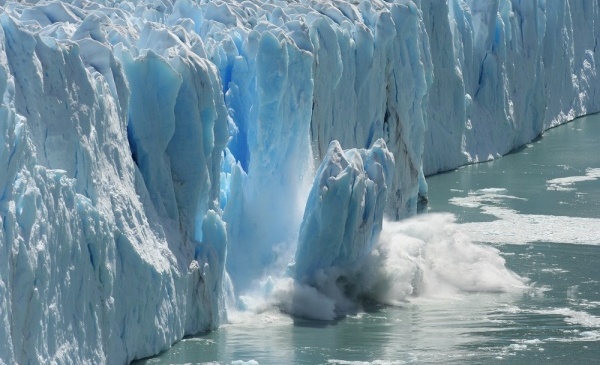 Low-lying coastal regions and island nations, are directly susceptible to threats posed by global warming and concomitant rise in sea levels. Many of those nations are small island developing states largely depending on fishing and tourism for their economic survival. Rising sea levels present a unique threat to the territorial integrity of those coastal states, to their coastal communities, their oceanic resources, and, indeed, to their continuous statehood. As the Intergovernmental Panel on Climate Change (IPCC) has noted, climate change will affect the physical territory of states in a number of ways, such as the loss of viable ecosystems due to desertification, increased soil salinity, flooding of coastal and low-lying regions or loss of reliable access to land due to increased severe weather events such as hurricanes and tsunami. (IPCC, The Physical Science Basis: Contribution of Working Group I to the Fourth Assessment Report of the Intergovernmental Panel on Climate Change (2007)). However, these small island States also often have the least capacity, financing, or political support for mitigation and adaptation initiatives.

In this seminar series, we will be looking at rising sea levels as a global problem and the legal issues arising from it from the lens of international law and climate justice. What can we do in international law to improve things for now and for future generations? Is climate litigation the key? Would an ICJ advisory opinion help to strengthen the Paris Agreement?

This webinar series is convened by Dr Constantinos Yiallourides, Arthur Watts Research Fellow on the Law of the Sea, BIICL

Post-event reports and recordings of the webinars can be found with the details of each session below. The series playlist can also be viewed on our YouTube channel.

At its seventieth session (2018), the International Law Commission (ILC) decided to include the topic 'Sea level rise in relation to international law' in its long-term programme of work. It established an open-ended Study Group on the topic, co-chaired on a rotating basis by Mr.Bogdan Aurescu, Mr. Yacouba Cissé, Ms. Patrícia Galvão Teles, Ms. Nilüfer Oral and Mr. Juan José Ruda Santolaria. In a joint oral report of the Co-Chairs of the Study Group (Chapter X and Chapter XI, sect. B)., the Study Group announced that it was expected to work on three subtopics namely: a) issues related to the law of the sea, under the co-chairpersonship of Mr. Bogdan Aurescu and Ms. Nilüfer Oral; b) issues related to statehood, and c) issues related to the protection of persons affected by sea-level rise, under the co-chairpersonship of Ms. Patrícia Galvão Teles and Mr. Juan José Ruda Santolaria.

Key questions to be considered

Watch a Recording of the Webinar  |   Read the Event Report

Webinar 2: Rising Sea Levels: A Matter for the ICJ?

In 2011, the President of Palau, Mr Toribiong announced that the Republic of Palau would ask the UN General Assembly to seek an ICJ advisory opinion: "It is time we determine what the international rule of law means in the context of climate change." The Marshall Islands and Vanuatu, have also, at various points in time, expressed their intention to pursue an ICJ advisory opinion on climate change. However, this was not actively pursued. In 2013, the Yale Report outlined some key aspects of this issue and called upon the UNGA to petition the ICJ to issue an opinion on state responsibility for transboundary harm caused by greenhouse gas emissions. In 2015, Prof Phillipe Sands, QC delivered a public lecture at the UK Supreme Court focusing on the role of international law and judges in addressing legal issues relating to climate change, endorsing this approach among others. A group of young international students from many countries, including the Pacific Islands, are campaigning on this issue and seek a forum to share their views and hear back from experts.

Key questions to be considered

Watch a Recording of the Webinar  |   Read the Event Report

In January 2020, the Human Rights Committee in its decision on the case brought by Ioane Teitiota made direct links between climate change and human rights and, more specifically, with State obligations in protecting the human rights of those affected by the effects of climate change. Rising sea level and the potential harm to those affected by the phenomenon took centre stage in the decision. The Human Rights Committee decided that rights to life could be affected by rising sea levels and home countries have an obligation to take adaptation measures to address them. Failure or inability to do so, creates human rights obligations for deporting authorities and may invoke the non- refoulement principle. Such threats to human rights caused by rising sea levels, are well reported in the Pacific islands. But is there an obligation to protect people in a context where harm is predictable but not yet imminent?

Questions to be considered:

Watch a Recording of the Webinar

Since the mid-2000s, several domestic legal systems have witnessed the emergence of litigation focused on legal liability for climate change harms and damages, as a result of rising sea levels. These cases have mainly been directed against national and - particularly - local governments, for damages to coastal properties allegedly exacerbated by lack of or inadequate governmental actions or regulations. However, climate liability litigation has been filed also against private corporate actors, namely carbon majors, such as in some Californian cases filed by the cities of San Francisco and Oakland, in 2017. In these cases, the carbon majors are considered 'proximate cause' of climate change, and the cities seek to reimburse taxpayers for adaptation costs such as sea walls, necessary to protect them from rising sea levels. The importance and the need of domestic climate litigation related to sea level rise is increasing in every part of the globe, both in consideration of the urgency of this phenomenon and associated impacts, and the growth of the population and infrastructures along the coast.

Questions to be considered

Watch a Recording of the Webinar

This event offers the equivalent of 6 CPD hours.