Is the concept of Legitimate Expectations Spiraling Out of Control? 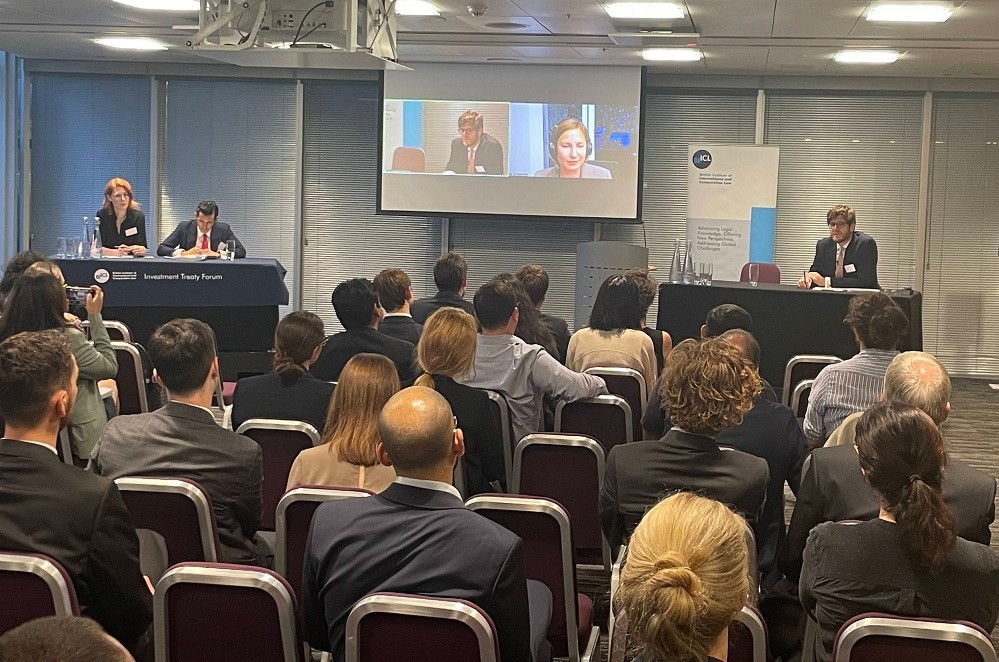 On 13 September 2022, the Second Young Investment Treaty Forum Debate took place in the offices of Allen & Overy in London. The House's motion was that the concept of legitimate expectations in investment arbitration is spiraling out of control. The event was held under the Chatham House rules, and the arguments advanced by the speakers did not represent their personal views or those of their respective organizations or clients.

During the debate, the proposition team kicked off the discussion by conveying that the concept of legitimate expectations has become a high-stakes lottery in which States and investors gamble for billions. When clarity is needed to determine whether legitimate expectations have arisen, the answer seems to be 'I know it when I see it'. The proposition team had three main points.

First, there is inconsistency in what type of representations may create legitimate expectations. Even though the criteria for what amounts to a legitimate expectation are set out in many different arbitration awards, these awards say very different things. The proposition team pointed out that there are two schools of thought. One in which legitimate expectations may arise from general statements in law and regulations, and the other is where the investor needs to be able to point to specific assurances or representations made to the investor. As an example of this inconsistency, the proposition team mentioned the Spanish renewable cases. The proposition team indicated that the registration of two plants in the same public registry, according to Spanish internal regulation, was held by one tribunal to create legitimate expectations (OperaFund v. Spain), while another tribunal rejected this position (RWE Innogy v. Spain). This team expressed that this inconsistency makes it almost impossible for both investors and States to know the possible consequences of the exchanges with each other.

Second, the concept of legitimate expectations is not necessary for investment arbitration. Art. 38 of the International Court of Justice ('ICJ') statute is used as a gap-filler for a situation that may be uncovered by international law (M. Shaw). However, the fair and equitable treatment ('FET') standard has been developed in a way that does not require legitimate expectations to fill a gap.

The proposition team added that tribunals have suggested that the concept of legitimate expectations arises out of a comparative analysis of many domestic legal systems. Nevertheless, the application of this concept in investment arbitration has become a Frankenstein's monster. The proposition expressed the view that the application of this concept has taken different parts from different legal systems. For example, one of the first tribunals that based its application of this principle on a comparative analysis of different jurisdictions such as England and France (Gold Reserve v. Venezuela). However, this concept is not applied nor recognized uniformly as some jurisdictions only grant compensation for expenses incurred instead of loss profits (S.J. Schønberg). Additionally, French courts have expressed that the concept of legitimate expectations is not recognized unless European Union ('EU') law is applicable to the dispute. Thus, the proposition argued, this ad-hoc modification has caused confusion and contributed to the discord of the determination and application of legitimate expectations in investment arbitration.

In this regard, speakers for the proposition suggested that in new investment treaties, such as the BIT between Colombia and France (clause 4), and the trade agreement between the EU and Canada (clause 8.10) legitimate expectations are only considered as a factor for FET's stand-alone grounds. Moreover, it was argued that for purposes of bringing clear rules and predictability to both investors and States, and as many scholars have suggested and new investment treaties establish, legitimate expectations may only arise out of specific representations made to an investor.

The opposition team opened their pleadings with a rhetorical question if the concept of legitimate expectations is 'spiraling out of control' to the extent that it undermines the legitimacy of the investor-state dispute settlement mechanism ('ISDS'). The short answer would be that hardly the concept itself can cause such an effect. Indeed, the concept of legitimate expectations has deep historic roots in national constitutional and administrative laws as well as in supranational laws such as EU law and international human rights law (M. Potestà; F. Dupuy, P-M. Dupuy; F. Ortino). In particular, a survey on the origins and the importance of the concept shows that the legitimacy of private expectations is a core ingredient for understanding and handling compensation for indirect expropriation, such as, in the case law of the European Court of Human Rights, the German Bundesverfassungsgericht (Nassauskiesung), the Court of Justice of the EU, and prominently in the landmark decision of the U.S. Supreme Court on 'regulatory takings' in Penn Central.

Then the opposition team raised another open question - if there is no problem with the concept itself - is it the arbitrators and counsel who are failing to properly interpret various features of legitimate expectations?

First, the audience was invited to look at this issue from a practical perspective and see how much of 'spiraling out of control' could be detected in the practice of investment tribunals. One could identify 51 awards issued between 2019 and August 2022, which discussed the issues of legitimate expectations, and which were publicly available.

It turned out that only 27.5% of tribunals in these last few years had found a breach of legitimate expectations, namely in 14 awards out of 51. Furthermore, where liability was found the damages awarded to investors were much lower than those claimed: the tribunals in these 13 cases (the quantum section in one out of 14 awards, in which the tribunals found the breach of legitimate expectations, was still pending as of 13 September 2022) awarded less than 40% of the claimed damages.

Second, as to the lack of a uniform test for legitimate expectations, one should not disregard the fact that when investors claim the breach of legitimate expectations, they often rely on a bunch of different facts combined: contracts, formal and informal representations, and a change of regulatory framework. Should the tribunals adopt the standard of review for such multicomponent legitimate expectations which can be distinguished on a case-by-case basis? Or is it rather for Contracting Parties to the specific international investment and trade agreements, to define the scope of FET and legitimate expectations either directly in the treaties or by way of joint interpretations of those treaties?

It appears that States are in a position to clarify the elements of the doctrine and limit its scope, and where they have done so tribunals have responded appropriately. Recently we have seen examples of States taking ownership and responsibility for defining the scope of legitimate expectations. It has been proposed now in relation to the modernized ECT (Article 10.1 which will restrain the situations when legitimate expectations can be claimed). Germany and the EU have recently proposed their joint interpretations to CETA, in particular about the meaning of legitimate expectations in Article 8.10 of CETA.

In conclusion, despite the various counterarguments put forward by the opposition team, it conceded that perhaps a few tribunals had gone quite far with their analysis of legitimate expectations. However, these cases exceeding the boundaries are normal and even necessary for the ISDS system to calibrate constantly. In the end, boundaries become clearer when they are trespassed, and when that trespass is then sanctioned. That is the way how to make them visible and tangible.