Unity and Diversity in National Understandings of the Rule of Law in the EU (Reconnect deliverable 7.1)

The paper submits that there is now a broad legal consensus in Europe on the core meaning of this principle, its minimum components, and how it relates to other key values such as democracy and respect for human rights. The evidence provided in the paper rebuts the claims that the rule of law is not a common European value or that the rule of law would allegedly be a Western value which would have been or is being imposed on East Central European countries. 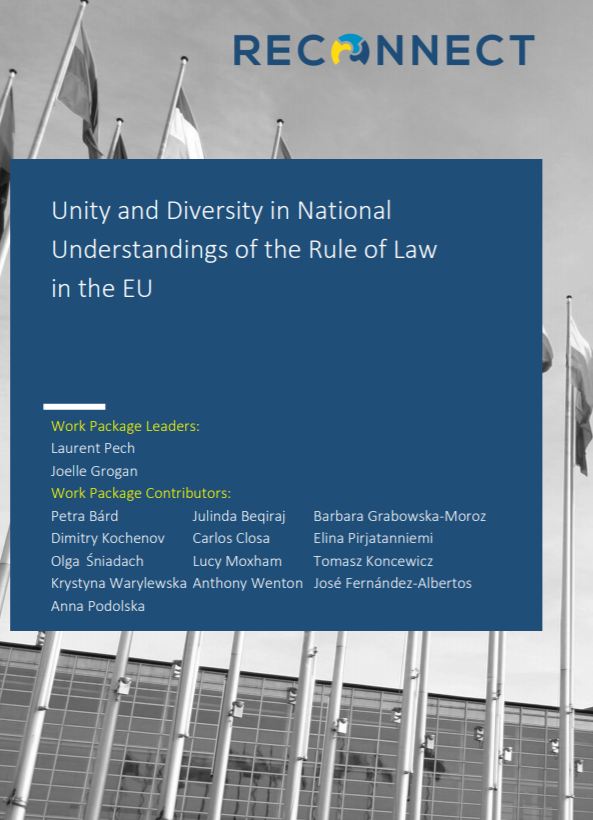