New Security Threats and the Future of Economic Globalization

A multi-year project with the Graduate School of International Development of Nagoya University (Japan)  to explore New Security Threats and the Future of Economic Globalization.

This inter-disciplinary (law and political science) research project funded by the Japan Society for the Promotion of Science  will explore the increasing tension between economic globalization and security issues. 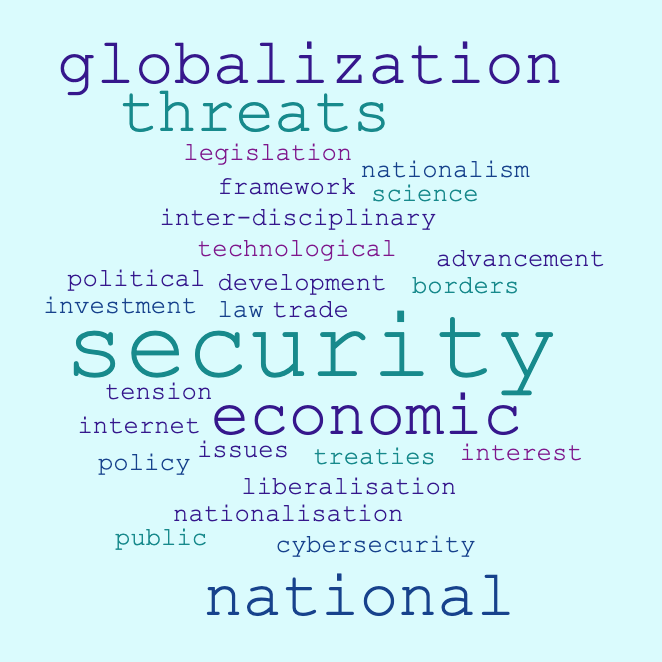 It will examine whether the current trade and investment liberalisation framework, which draws heavily from the concept of 'national' security, has failed to address new security threats brought by rapid technological and social advancement.

These new security threats do not respect borders, and therefore cannot be controlled by a traditional, state-centred mechanism. This research project will explore what different jurisdictions can learn from each other and the possibility of establishing an international cooperation mechanism to address these emerging new security issues.

The research team will work until March 2022 with policy-makers of the European Union, United Kingdom, Japan, the United Nations Economic and Social Commission for Asia and the Pacific, Ukraine, Thailand and other countries, as well as industry representatives and legal practitioners and academics in Europe and Asia to explore various challenges, which globalisation poses to national security.

The project will include several events, including a final conference hosted by the British Institute of International and Comparative Law as well as various publications.

The project is led by Dr Tomoko Ishikawa from Nagoya University (principal investigator) and Professor Yarik Kryvoi  from the British Institute of International and Comparative Law.