Diana Wallis Joins the trustee board at BIICL

Following the recent trustee board meeting BIICL is delighted to announce that one of its two new trustees is Diana Wallis. 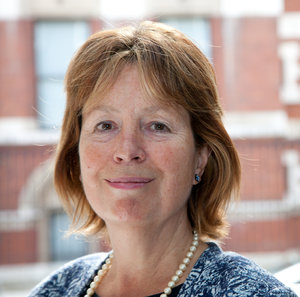 After a diverse legal education, in London, Liege, Zurich and Chester Diana Wallis gained over 15 years of professional experience as a litigation lawyer (solicitor), mainly in London where she developed a European cross border practice.

From 1999 to 2012 as a member of the European Parliament and particularly as a leading member of the Parliament's Legal Affairs Committee Diana's legislative work focused on European private international law (as rapporteur on Brussels 1 & Rome 11); Contract law, ADR & mediation, collective redress, property rights, e-justice and as author of a ground breaking report on the role of the national judge in EU law. In 2007 she was elected to serve as Vice President of the European Parliament with specific responsibility for Transparency and Access to Documents

Since leaving the European Parliament in 2012, Diana has continued her activities in the European legal field particularly as President of the European Law Institute. She is a member of the Law Society's EU Committee, and a Trustee of the European Law Academy, Trier. She is also a Senior Honorary Fellow of the Law School at the University of Hull (her local University where she previously taught part time in the 1990s developing a module on Comparative Law for joint law and language undergraduates). She has recently been appointed an Honorary Associate of the Centre for Socio-legal Studies at the University of Oxford. Diana is a keen advocate of ADR; and is a CEDR accredited Mediator and a Member of the Charter Institute of Arbitrators.