We were very saddened to hear of the death of Judge James Crawford AC SC FBA. A member of the International Court of Justice, he was previously Whewell Professor of International Law at the University of Cambridge and Director of the Lauterpacht Centre for International Law.

As a member of the Institute's Public International Law Advisory Panel (PILAP), Judge Crawford was a long-time supporter of BIICL. He was also part of BIICL's Advisory Council, as well as a member of the former Council of Management. His contributions to the work of the Institute were always insightful and those who met and worked with him were always greeted by an approachable, supportive, and very humorous man. Both a practitioner and a scholar of unparalleled calibre, he greatly advanced the field of international law, such as by leading on the drafting of the International Law Commission's Articles on State Responsibility, in its role as the Commission's Special Rapporteur. At BIICL, we not only benefited from his generous advice on our research programme but we were also grateful for his regular participation in our public events, where he shared his expertise with generations of international lawyers who will now carry on his legacy.

Our thoughts are with his family and friends at this very difficult time. 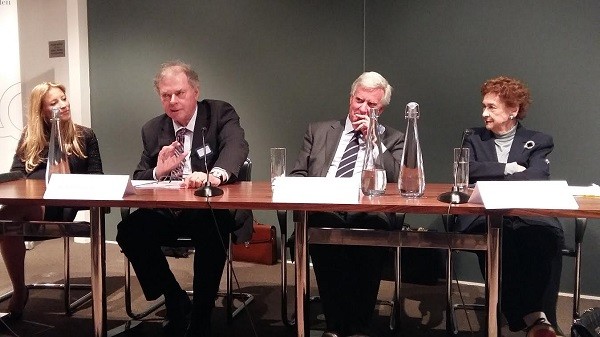 Judge Crawford speaking at the BIICL event celebrating the 70th anniversary of the International Court of Justice, on the 25th of May 2016.