Are States Still Masters of their Treaties? The Role of Subsequent Agreements and Subsequent Practice in Treaty Interpretation 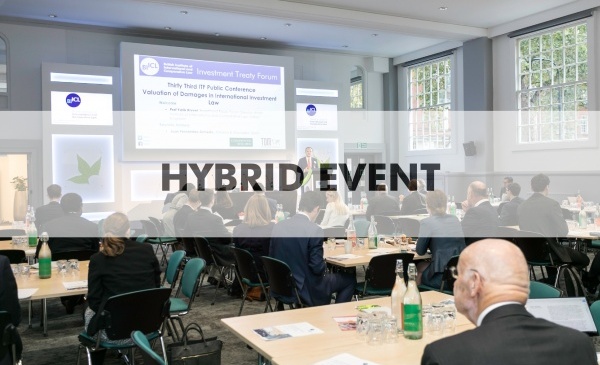 States are often said to be the "Masters of their Treaties." However, recent decisions of arbitral tribunals in ISDS cases question the enduring accuracy of that title.

What is the role - in theory and practice - of States' subsequent agreement and subsequent practice in treaty interpretation? When established, is it simply something that "must be taken into account" by tribunals akin any admissible input on treaty interpretation by any disputing party? Does it have special, though not binding, weight? Or does it control (absent any special circumstances, such as when it may contravene a jus cogens norm)?

BIICL and Curtis, Mallet-Prevost, Colt & Mosle convene this hybrid event to look at these and other questions by comparing how subsequent agreements and subsequent practice are treated in ISDS and other international courts and tribunals, and exploring the implications of the relevant approaches.

The distinct perspectives and views on these topics by the panelists, composed of practitioners, academics, and government officials, will contribute invaluably to the discussion at the session.

Please note that our events may be photographed or recorded. These materials will be used for internal and external promotional purposes only by the British Institute of International and Comparative Law. If you object to appearing in recordings or photographs, please contact the Events team to let us know ahead of the event.