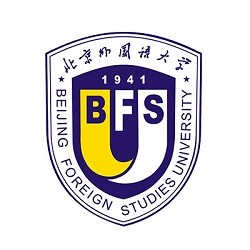 China, the second largest economy in the world, enacted its 'Enterprise Bankruptcy Law' in 2006, a law that covered corporate but not personal insolvency. In May 2020, Chinese Premier, Li Keqiang, declared at the National Congress Press Conference that China had 600 million people with a low monthly income that could run into a financial crisis and struggle to recover in the absence of a personal insolvency regime.

Accordingly, there has been a lively debate on these issues among academics, policymakers, judges, and practitioners as well as considerable academic research. Since late 2018, courts in Zhejiang province have heard more than 500 cases relating to personal insolvency. Responding to the need for legislation the Personal Insolvency Law Research Center of Beijing Foreign Studies University has developed and published for comment a number of proposals and legislative drafts. In the absence of national legislation, some local governments have begun to adopt regional regulations covering personal debt reorganization or liquidation. For example, Shenzhen promulgated the Personal Bankruptcy Regulation of Shenzhen Special Economic Zone in 2020.

To explore these issues the Beijing Foreign Studies University, the British Institute of International and Comparative Law, and Queen Mary University of London are hosting a Conference on the Legislation and Practice of Individual Insolvency from an international and comparative perspective where expert academics, policymakers, judges, practicing lawyers, and regulators from the UK, China, the USA, France, Japan and the EU will be sharing insights, debate, and suggest solutions.

Join in the conversation @BIICL

This event is free to attend but pre-registration is required.