Click here to view David Anderson QC reflecting on his role as the UK's Independent Reviewer of Terrorism Legislation.

Join us for our Annual Grotius Dinner. The dinner completes an informative evening, which begins with the Annual Grotius Lecture, delivered by distinguished speaker, The Rt Hon Lady Justice Arden.

We are delighted to welcome David Anderson QC, Brick Court Chambers and Independent Reviewer of Terrorism Legislation as the speaker for the Grotius Dinner. The title of the lecture will be 'Responding to Terrorism'.

David's speech will touch on the UK's response to the terrorist threat, drawing on his personal observations as Independent Reviewer.

The dinner will be chaired by Andrea Coomber, Director of JUSTICE and a Trustee of BIICL. The dinner will include the presentation of the 'Supporter of the Year' Award. Established in 2012, the Award recognises major support given to the Institute by an organisation or individual.

Join in the conversation for this event @BIICL #Grotius2016

David Anderson Q.C. practises from Brick Court Chambers, largely in the fields of EU law, public law and human rights. He is also a visiting Professor at King's College London, Editor of the Oxford EU Law series, a former trustee of BIICL and a member of the Courts of Appeal of Jersey and Guernsey.

Since 2011 David has served as the UK's Independent Reviewer of Terrorism Legislation. In that part-time capacity he is given extensive access to classified material and tasked by statute to report annually on the operation of the UK's anti-terrorism laws. He reads, travels and consults as widely as possible. His reports are referred to in the courts, in Parliament and in the media. They aim to inform the public debate on terrorism and civil liberties.

David was additionally tasked by the Data Retention and Investigatory Powers Act 2014 to review the operation and regulation of investigatory powers. His report, "A Question of Trust", was a basis for the current Investigatory Powers Bill. At the Home Secretary's request he is currently reviewing deportation with assurances and the deprivation of citizenship.

All David's reports, with the Government's responses to them, are available on his website. David can also be followed on twitter @terrorwatchdog. 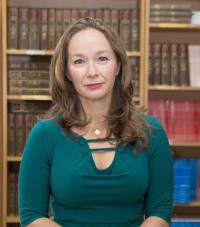 Andrea Coomber has been Director of JUSTICE since February 2013.

Between 2002 and 2013 she was Equality Lawyer and then Legal Director at INTERIGHTS (the International Centre for the Legal Protection of Human Rights) where she litigated key cases before the European Court of Human Rights and the African Commission on Human and Peoples' Rights. Before joining INTERIGHTS, she worked at the International Service for Human Rights in Geneva and at the South Asia Documentation Centre in New Delhi. She is qualified as a barrister and solicitor in Australia.

Andrea has a BA/LLB (Hons) from the University of Western Australia and an LLM (Dist.) from the London School of Economics, where she was awarded the Rosalyn Higgins Prize for topping public international law. She sits on the litigation advisory panels of a number of international human rights organisations and lectures regularly on international litigation and equality law. She is a trustee of the British Institute of International and Comparative Law and of BAILII (British and Irish Legal Information Institute). Andrea is an Honorary Master of the Bench of Middle Temple.

THIS EVENTS IS NOW FULLY BOOKED

If you have any queries, please contact the Events team

We would be grateful for your support of the BIICL Fund. The Fund concentrates on raising unrestricted funds to ensure that there are resources available to support BIICL's core priorities and the flexibility to meet urgent needs. The value of support to the BIICL Fund is that the income can be used today.

To donate online to the BIICL Fund, simply click this link

Please note that our events may be photographed or audio recorded. These materials will be used for internal and external promotional purposes only by the British Institute of International and Comparative Law. If you object to appearing in the photographs, please let our photographer know on the day. Alternatively you can email BIICL Marketing Manager, Claudia Mansaray, in advance of the event that you are attending.

The British Institute of International and Comparative Law reserves the right to modify or cancel any event if unforeseen circumstances arise. If we cancel an event we shall inform you as soon as possible using the contact details provided to us and offer you a full refund.

All cancellations must be made in writing via email to eventsregistration@biicl.org and be no less than one week prior to the event.

All events are costly to set up, even those for which there is 'no charge'. If you register but find you are unable to attend, please let us know as soon as possible. As a charity we need to cover the costs of events, and we may charge you a fee of £10 for administration and catering costs if you fail to attend or give us less than 24 hours' notice.