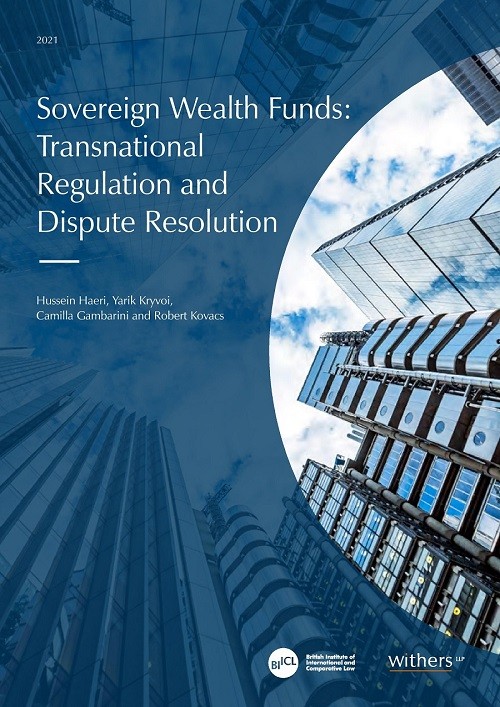 On 14 September 2021, BIICL and Withers LLP will launch a report on Sovereign Wealth Funds (SWFs) and dispute resolution. The report presents findings of a months-long research project into SWFs and dispute resolution, including the use of international arbitration - both commercial and investor-State - recourse to domestic courts and issues of attribution and enforcement.

Professor Yarik Kryvoi of BIICL and Hussein Haeri, head of the Public International Law Group of Withers LLP led the project, understood to be the first of its kind to examine dispute resolution approaches of sovereign wealth funds.

The topics which will be discussed at the event include:

The event will be held in the hybrid format, which means that it is possible to attend in person at Withers' London office or online.

Watch a Recording of the Event 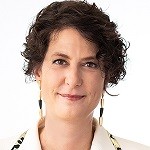 Claudia Annacker is a partner at Dechert LLP in Paris. She focuses her practice on public international law matters, in particular investor-State disputes, inter-State disputes, disputes involving international organizations, and human rights cases. She has represented States and sovereign and private investors in more than thirty investment arbitrations.

Holding a Ph.D. and venia legendi et docendi (habilitation) in public international law, she regularly advises States, State entities, international organizations and multinational corporations on public international law matters. Claudia also acts as arbitrator. She currently serves on the SIAC Court of Arbitration and the board of the Vienna International Arbitral Centre and the SIAC Court of Arbitration. She is an adjunct professor at the University of Vienna and also lectures at the National University of Singapore, Fudan University, the National Academy of Legal Studies and Research, Hyderabad, and Chulalongkorn University. 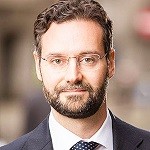 Hussein jointly leads Withers' International Arbitration Group and leads the firm's public international law team. He is a Solicitor-Advocate of the Senior Courts of England and Wales, and has experience of working on international legal and dispute resolution matters in London, Paris, New York and South Africa for over 15 years. He is also a Solicitor-Advocate of the Eastern Caribbean Supreme Court (BVI). He has worked as counsel and advocate on arbitrations under all the major rules, including ICSID, UNCITRAL, LCIA, ICC, SCC and SIAC Rules, as well as in ad hoc arbitrations. His clients include governments, multinational corporations and international organisations. In addition to his work as counsel, he sits as an arbitrator.

He is ranked by Chambers & Partners, Legal 500 and Who's Who Legal. 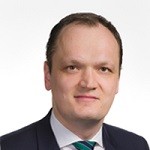 Professor Kryvoi is the Senior Fellow in International Economic Law and Director of the Investment Treaty Forum at the British Institute of International and Comparative Law in London. He is also a member of the New York State Bar (USA).

He authored a number of articles and monographs, primarily in the area of international dispute resolution as well as several empirical studies conducted with leading law firms. His recently published works include Private or Public Adjudication? Procedure, Substance and Legitimacy (Leiden Journal of International Law), International Centre for Settlement of Investment Disputes (Kluwer Law International). He is also creator and director of the online course International Investment Law and Dispute Resolution. 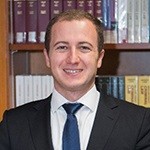 Dr Dini Sejko is a Research Associate at the Centre for Comparative and Transnational Law at the Chinese University of Hong Kong, Faculty of Law and a research affiliate at The Fletcher Network for Sovereign Wealth and Global Capital, Tufts University. Dr Sejko's research focuses on international economic law and the governance of state-owned enterprises and sovereign wealth funds (SWFs).

For his research on the impact of UN sanctions on the governance of the Libyan SWF, Dr Sejko received the Society of International Economic Law PEPA Best Paper Award 2018. Dr Sejko is authoring the forthcoming book "The Transnational Law of Sovereign Wealth Funds: Governing State Capitalism at the time of Protectionism" in contract with Edward Elgar Publishing and is co-editor of "The Regulation of State-Controlled Enterprises: an Interdisciplinary and Comparative Examination" published by Springer. 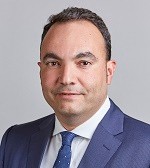 Diego López is the Founder and Managing Director of Global SWF, a consultancy and data provider focused on Sovereign Wealth Funds and Public Pension Funds. During the past three years, Global SWF has completed projects for the World Bank, for the United Nations and for the Asian Development Bank; and supported the establishment and / or reformulation of several Government funds around the world.

Prior to founding Global SWF, he spent five years building up PwC's footprint in the SWF industry as the Director & COO of the global practice, based in Abu Dhabi and New York. He has also worked for KPMG and Santander. Diego has lived and worked in Europe, the Middle East, China, Brazil, and the US after he graduated from the London School of Economics (LSE) and is considered a global expert in SWF matters.