There has been a discernible growth in the number and prominence of procedural challenges in the practice of international courts and tribunals. Fresh examples in pending cases include the alleged leaking of confidential information via secret communications between an arbitrator and an agent in the Croatia v. Slovenia arbitration and the numerous challenges in the ConocoPhillips v. Venezuela arbitration. Although procedural fairness is not a well-explored concept of international law, we are witnessing an energetic expansion of the international judicial function. This includes a remarkable build-up of international courts and tribunals, a steep increase in the number of cases before them and an unprecedented development of their powers.

This seminar discussed the key findings emerging from an edited volume entitled Procedural Fairness in International Courts and Tribunals published by the British Institute of International and Comparative Law in November 2015. These findings where presented by two of the book editors, Dr Arman Sarvarian (and Dr Filippo Fontanelli), with Judge Ineta Ziemele and Professor Hélène Ruiz Fabri as external commentators. The Institute welcomed all to discuss and debate the role of procedural justice in the work of the international judicial system and the case for and against procedural reform. 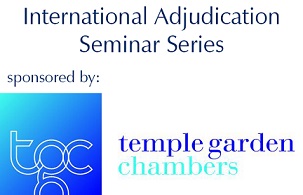