The 10th anniversary of the WTO and of its successful dispute settlement mechanism in 2005, provides the opportunity for a review of how to improve the efficiency and legitimacy of WTO law and process. The present book collects the papers and discussion at the last three British Institute Annual WTO Conferences (2002-2004), where judges, officials and policy-makers of different sorts meet with the established scholars and more recent recruits to the discipline. Topics covered include the jurisprudential and procedural features of the dispute settlement system, institutional issues such as the allocation of powers between different organs within the WTO as well as between the organization and its members, the relationship between the WTO legal system and international law, compliance issues, the interrelation between trade liberalization and other non-trade concerns such as environmental protection and labour standards. 'This book makes available an abundance of insights and ideas at a time where the need for addressing the WTO future institutional challenges has been brought to the fore.' 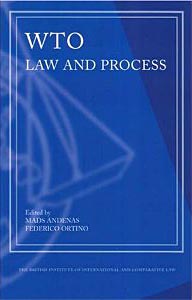