Description: tates are increasingly framing their international investment agreements within larger regional arrangements. What began most prominently with the North American Free Trade Agreement in the 1990s is coming to be emulated across the globe. Over the past ten years, major regional arrangements have been adopted in Asia and Africa and more are on the way. The on-going negotiations for a Trans-Pacific Partnership Agreement (TPP), encompassing countries from Asia, North and South America portend a potentially major shift in the international investment treaty landscape. Moreover, concurrent negotiations between the European Union and the United States for a Transatlantic Trade and Investment Partnership (TTIP) raise the possibility of an agreement on rules and standards between the two largest sources of foreign direct investment. 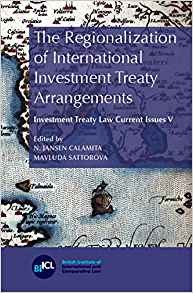