Proceedings of the Leyden Conference on the Court of Justice

Proceedings of the Leyden Conference on the Court of Justice

This publication is a verbatim record of the proceedings of the second London Leiden meeting in 1962, held at the British Institute of International and Comparative Law in conjunction with the Europa Institute of the University of Leiden.

These proceedings have been published on the occasion of the 46th London Leiden meeting, held at the British Institute of International and Comparative Law on 30 June 2007.

Neville march Hunnings provided a copy of the proceedings, and writes:

'The goings-on at that time are all forgotten, sadly. It would be excellent to remind the present generation of what British lawyers were doing right at the beginning.

The Article 177 case, Bosch, caused a lot of interest of competition lawyers at the time and led directly to van Gend en Loos. It was all very new (I do not think there was ever any reference under the ECSC equivalent) but had a big impact among national courts...' 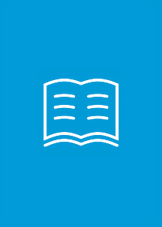