Euro in the National Context

Euro in the National Context

The book is the result of a collaboration between the Institute and the 'Eurospectator' research project of the European University Institute. It is a volume of reports examining the introduction of the euro and the ensuing developments throughout the year 2000 in most of the Member States of the European Union: Austria, Belgium, Denmark, France, Germany, Greece, Ireland, Italy, the Netherlands, Spain, Sweden and the United King-dom.

What emerges from these studies, produced in the framework of the research project, is the stance of the majority of the EU Member States' population towards the general European integration.

While in certain Member States the EMU and the euro had a marginal political impact, in others they were central to the internal political debates. An acceptance of the institutional set-up of the EMU and of the ECB monetary policy decisions on the part of some financial institutions contrasts with a certain degree of criticism by some academic circles.

There is a clear consciousness of the likely spillover effects of monetary integration on general economic and social policies, although no clear trend emerges. With a wide range of contributors providing perspectives on this contemporary issue of European integration, this book provides a fascinating analysis of the connected political, legal and economic developments stemming from the introduction of the euro.

The full price for this book when not purchased via the website is: Members £42 Non-Members £70. 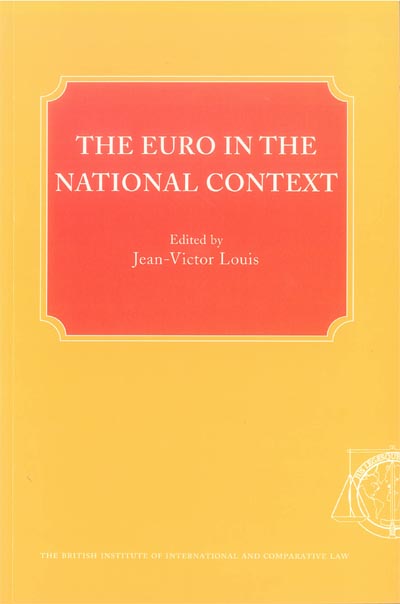