This book is a collection of papers and speeches given at the following conferences of the British Institute's competition programme in 2005-2006:

Areas covered include in-depth analyses of such topical areas as cartels, pricing practices and mergers. The book also provides comparative perspectives from European and North American experts, as well as important statements of policy by competition officials. 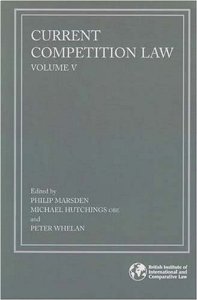