Nearly one third of humanity, or 1,900 million people, reside in the 54 states of the Commonwealth. Whether the individual members of this huge population, living in diverse economic and cultural circumstances, are able to conduct fulfilling lives free from oppression depends in no small part upon the systems for protecting human rights in those jurisdictions.

While the record of Commonwealth states in ratifying international human rights treaties is certainly respectable, the international protections are only designed to serve as backstops that come into operation when national systems fail. The principal responsibility for protecting human rights must necessarily lie with the national legal system and national institutions.

While there has been something of a proliferation in specialised agencies for protecting human rights, including ombudsman provisions and special human rights commissions, the record of such institutions is mixed, and they cannot serve as an effective substitute for the judicial protection of human rights standards enshrined in national laws. Fifty-two of the Commonwealth states have written constitutions with explicit Bills of Rights that reflect, to varying degrees, the substance of international human rights law. The other two states, New Zealand and the United Kingdom, do not have written constitutions, but do have specific statutes enumerating the human rights to be protected by national courts. 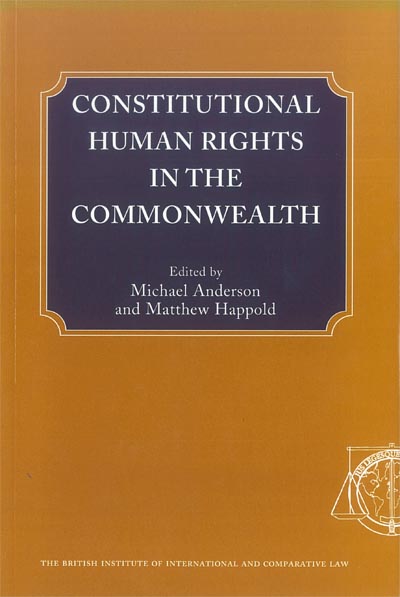