Art 288 (2) EC, on liability of the EC and its organs, refers to the common principles of tort law in the Member States. There are at least two good reasons for looking into these general principles: 'In nearly all developed Western legal orders, tort law is determined through judge-made law, which these days requires a comparative orientation by means of principles and systemized casuistry' The various attempts to 'europeanize' private law 'from mere restatements to a comprehensive European Civil Code' are all grounded in these common principles of contract law, tort law, property law and so on.

This book's somewhat unconventional contribution takes its cue not so much from the politically defined 'EC Europeanization', but rather from the transnationality of law. By comparing tort law in the EC Member State Germany and the non-EC Member, the USA (two of the most developed western industrial nations), this publication endeavours to develop principles which serve as a basis for generalization. These principles claim validity for the civil-law and common-law legal orders of Western civilisations, which includes the EC with its respective Member States.

The book is aimed at a learned European audience interested in legal harmonization, but also addresses comparatists in the civil-law and common-law legal world and mixed jurisdictions outside of Europe. Its main focus is to contribute to the further development of tort law. The idea of a tort law system based on general principles and specific rules grows out of the continental natural-law tradition of civil law, but increasingly principle-oriented works are also found in common law. This book develops a common level of international work on structures and concepts of modern tort law. 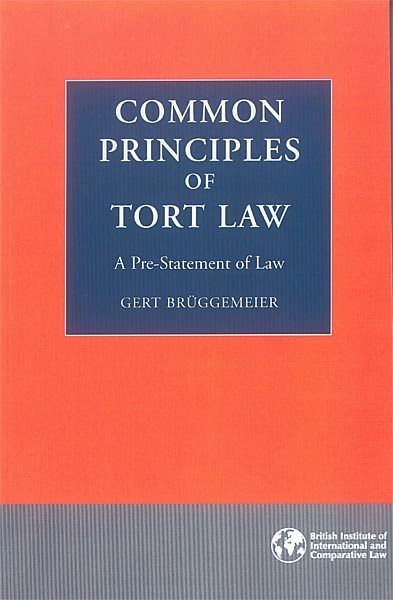