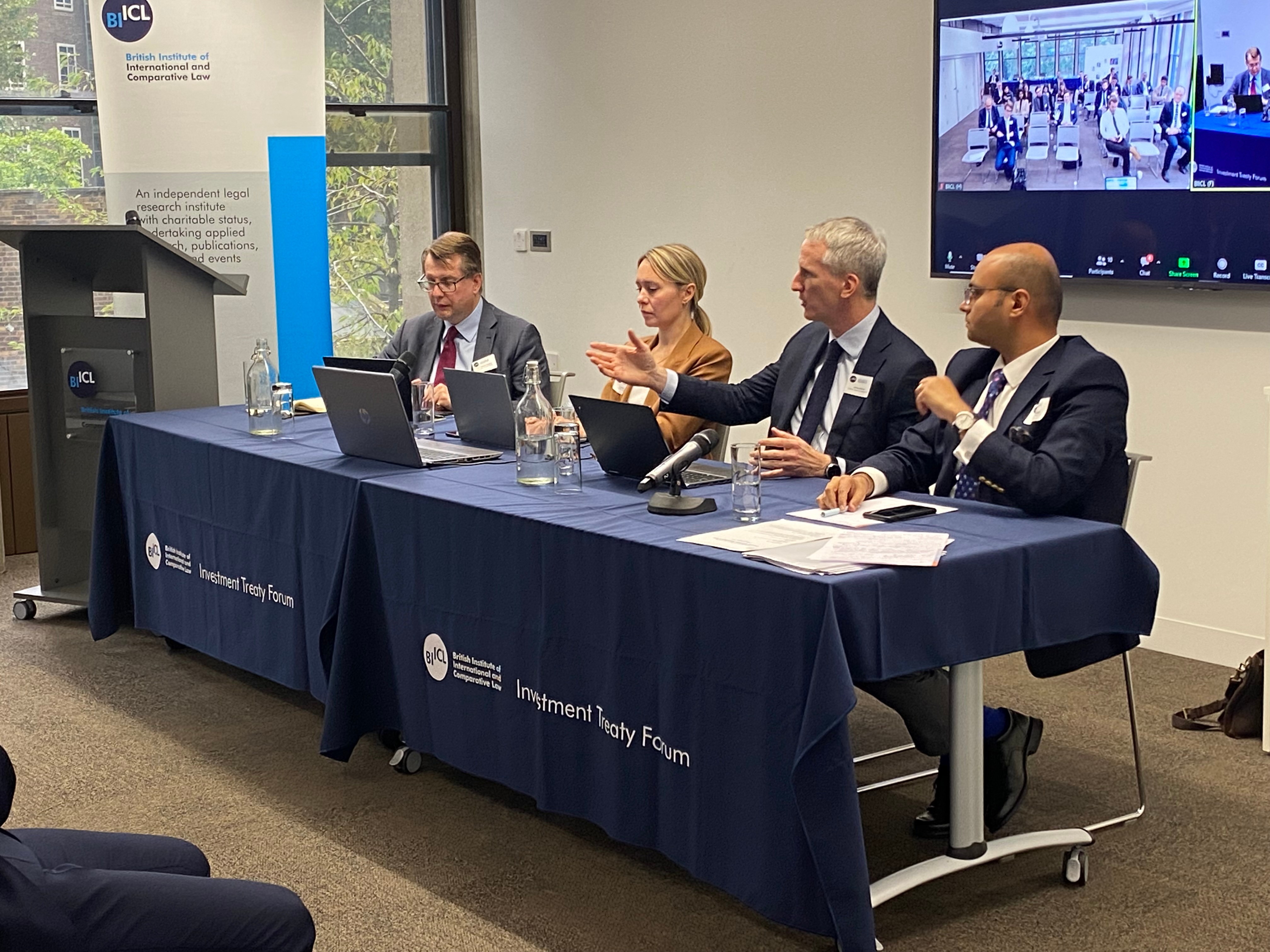 The ubiquity of investor-state dispute settlement (both in terms of the number of states and investors participating in this mechanism and the number of proceedings initiated) raise much more than purely investment treaty questions. For instance, they also address potential interactions with other regimes and also issues of systemic coherence and integrity (such as the abuse of the system by groups of companies bringing formally different claims, but actually deriving from the same set of facts and the same state measure).

This is why the Thirty Eighth ITF Public Conference dealt with the topic of Complex Arbitration Proceedings in Investor-State Dispute Settlement (ISDS). Sam Wordsworth KC opened the event with a keynote address in which he critically assessed the existence of such complex proceedings. He began by showing that this is by no means exclusive to ISDS, but also occurs within the European Court of Human Rights system and before the International Court of Justice.

Moreover, the complexity of arbitration proceedings may not necessarily result from the internal features of ISDS. Such complexity might simply arise as a consequence of the multiplicity of proceedings started before arbitral tribunals. Furthermore, Wordsworth also pointed to ISDS still being "in its infancy". As such, tribunals are still experimenting with the tools at their disposal to prevent a multiplicity of claims which could be the result of an abuse of the system (for instance, claims brought by investors who do not necessarily have a substantial link to their home state).

When domestic issues arise before an ISDS tribunal

The first panel dealt with various domestic issues that could arise before an ISDS tribunal. For instance, panellists discussed the tools (and their limits) that exist to prevent investors bringing repeated claims in investment arbitration. More specifically, this happens when an arbitral tribunal rules upon an issue but the same investor, through a different corporate actor (although part of the same group of companies, for instance) brings an almost identical claim. In this situation, arbitral tribunals have faced challenges applying the concept of res judicata, since formally the triple-identity test (same parties, same subject-matter, and same legal grounds) fails. Because of the complex network of treaties and the complexity of corporate actors in ISDS, it is easy for the conditions of this test not to be satisfied. Therefore, arbitral tribunals faced a challenge between applying a restrictive interpretation of res judicata or a more flexible one, which accounts for the realities of ISDS.

Moving to how domestic issues can interact with ISDS, the panellists discussed the existence (or lack thereof) of an obligation to exhaust domestic remedies before resorting to investment arbitration and the more general relationship that arbitral tribunals have with domestic courts. On the first point, that of exhaustion of domestic remedies, while this obligation can be found in general international law (as customary rules of international law), there is no general obligation in ISDS to exhaust local remedies unless the parties to a treaty have expressly consented to this.

However, it is equally possible that an arbitral tribunal interferes with the role of domestic courts. For instance, this can happen through provisional measures when the tribunal indicates that certain domestic proceedings should be suspended or even stopped altogether.

The second panel focused on the interaction between ISDS, on the one hand, and trade law and the international, and regional, human rights protection regimes, on the other. Moreover, discussions also turned on the existence of multiparty proceedings and mass claims and how they complicate arbitral proceedings.

In terms of interactions between ISDS and the international trade law regime, it is interesting to point out that where the same dispute may be brought both before a World Trade Organization panel and an ISDS tribunal, states may prefer to resort to the former because of greater consistency (at least as compared to ISDS). This could also explain why ISDS tribunals would rely on WTO panels and Appellate Body findings, but not the other way around.

Finally, concerning multiparty proceedings and mass claims, bringing such claims may have added benefits. For instance, this would ensure consistency and predictability (only one award would be rendered on the same set of facts instead of different claims brought by the same claimants before different tribunals in different proceedings). It would also enable judicial economy and promote greater access to justice (especially for those claimants which would not be able to bring a claim on their own). However, a few disadvantages to mass claims can also arise: due process concerns for the states, who would face issues defending against a large number of claimants; lack of guidance for tribunals on how to manage such claims; and an extended risk for states facing additional ISDS claims.

Provisional measures are always a thorny issue when it comes to the approach of ISDS tribunals and the legitimacy of their decisions. Ordering provisional measures might entail a tribunal entering the area of a host state's fundamental sovereign interests. How can this be reconciled with the more deferential approach that ISDS tribunals have when it comes to the state's fundamental interests? Especially when provisional measures are requested if criminal proceedings are at play? The answer might lie in the host state accepting the possibility of future provisional measures when submitting to the jurisdiction of an arbitral tribunal. Of course, this does not exculpate the tribunal from carefully balancing the interests at play and always making sure that it does not interfere with the state's sovereign interests to an unjustified extent. One way to ensure this is through the applicant showing that the provisional measures it requests are necessary, proportional, and relevant.

In terms of claims brought for reflective loss, the risks are manifold: the state may find itself needing to defend against multiple claims by actors part of the same corporate group. In such a situation, such claims could amount to an abuse of process, especially since there is also a risk that different tribunals may render conflicting decisions (e.g. as to quantum). However, just because multiple claimants bring such claims, this does not automatically turn them into a form of abuse of process. Sometimes, such claims are justified.

Finally, the panellists discussed issues of enforcement, with a focus on identifying the assets of the losing party. There are multiple sources where these assets are located, with examples ranging from the assets of state-owned enterprises (such as shipping and transportation companies) to money paid from a company to the losing state pursuant to a concession contract (such money would flow into an overseas account usually). Another way to trace the assets of the losing state is by gaining information from various persons because of how markets operate (market "noise").