The effect of sanctions on investment arbitration 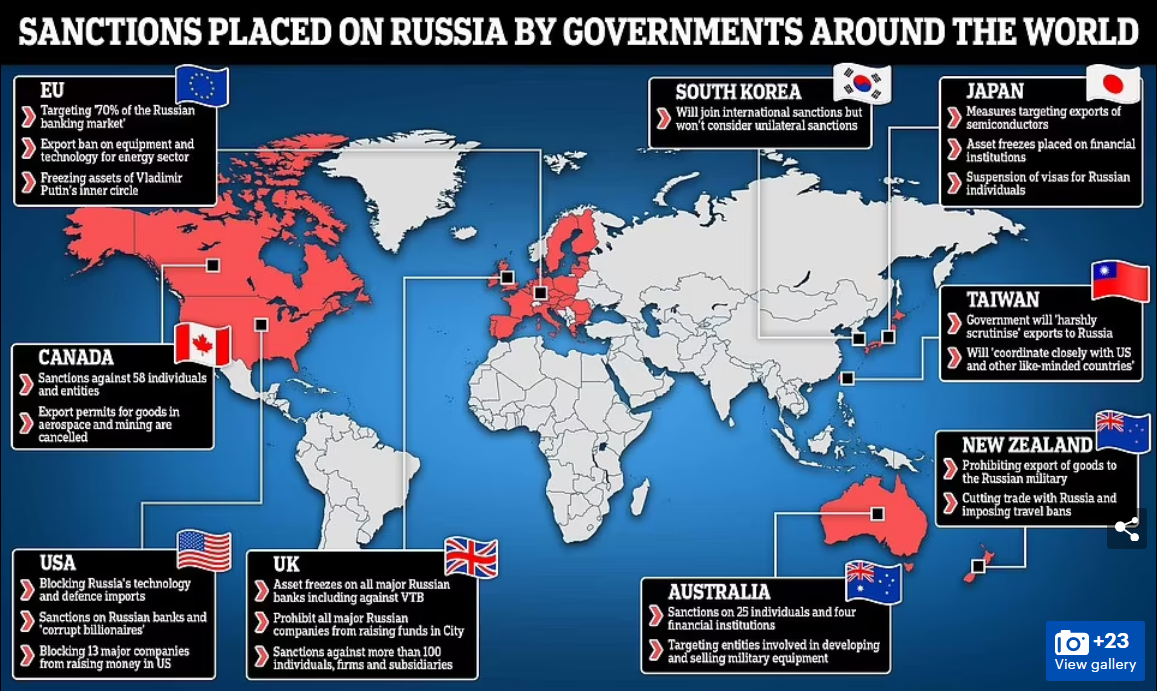 These remarks were delivered at the 12th Investment Treaty Arbitration Conference organised by the Ministry of Finance of the Czech Republic on 20 October 2022.

Following the 2022 Russian invasion of Ukraine, the effect of sanctions on arbitration has become an increasingly important topic. Within weeks of the invasion, the European Union, United States, United Kingdom, Japan and other states imposed sweeping sanctions to support peace and the territorial integrity of Ukraine, quickly making Russia the most sanctioned state in the world.

Until recently, Russia imported 85% of its legal services from the G7 countries, with the UK accounting for 59% of that figure. The sanctions had a quick and profound effect on this and also on investment treaty arbitration. Many Western law firms promptly dropped all or most of their Russian clients and closed their Russian offices, arbitral institutions had to suspend proceedings involving sanctioned entities, and banks stopped processing payments.

On 15 March 2022, the European Union prohibited directly or indirectly engaging in any transactions with a number of entities controlled by the Russian state. In practice that meant that the arbitration institutions were obliged to suspend proceedings involving sanctioned parties.

That raised concerns related to the relationship between sanctions, the rule of law and fair trial, in particular Article 6 of the European Convention on Human Rights, which states that 'everyone is entitled to a fair and public hearing within a reasonable time by an independent and impartial tribunal established by law.'

Almost five months later, in July 2022, a new EU Regulation introduced an exemption to the general prohibition, which allows sanctioned entities to enter into:

transactions which are strictly necessary to ensure access to judicial, administrative or arbitral proceedings in a Member State, as well as for the recognition or enforcement of a judgment or an arbitration award rendered in a Member State and if such transactions are consistent with the objectives of this Regulation and Regulation (EU) No 269/2014.

That made it possible for law firms and arbitral institutions to handle cases involving sanctioned entities.

In other words, legal advice on transactional matters is prohibited but it is generally allowed on contentious matters. The United Kingdom is now preparing similar regulations in response to the invasion, sham referendums and illegal annexation of Ukrainian territory. The measures will bolster the existing sanctions on the provision of accounting and business consulting services, rendered directly or indirectly to 'persons connected to Russia', which came into force in July 2022. The proposals to ban Russia-related parties from using UK courts to 'effectively conduct a form of lawfare against Ukraine' have been discussed but not adopted by the UK Parliament.

The legal nature of sanctions and their effect on arbitration

As a matter of public international and domestic law, intergovernmental organisations benefit from jurisdictional and enforcement immunities as well as extraterritorial status. So in theory, questions may arise about whether they are bound to comply with sanctions introduced either by states unilaterally or by regional organisations.

Arbitral institutions need to apply for special permissions or licences from competent authorities to be able to work with sanctioned entities and individuals. For example, my understanding is that ICSID has a licence from the US Office of Foreign Assets Control (OFAC) to enter into transactions with Venezuela. Just a few days ago, the UK's Office of Financial Sanctions Implementation allowed sanctioned persons from Russia and Belarus to pay LCIA for international arbitration proceedings in London.

In November 2022, the ECJ ruled in the context of sanctions again Iran that a private creditor had to refer to the competent national authority to obtain an interim measure on frozen funds. In practice, such authorisation will be difficult to obtain.

A pre-2022 invasion study conducted by the Russian Arbitration Association surveyed arbitration users from Russia, Belarus, China, Cuba, Iran, Venezuela and other countries trying to understand what effect sanctions have on arbitration. One of the main survey findings was that arbitration users try to 'delocalize' arbitration.

Instead of institutional arbitration, they opt for ad hoc arbitration, instead of payments in US dollars and euros, they opt for 'neutral currencies' and even start using lex mercatoria as substantive law to avoid the nexus to national legal regimes. In addition, the role of non-Western arbitral institutions such as SIAC and HKIAC has been growing as well as the role of these common law Asian jurisdictions as seats of arbitration.

One would imagine that such trends will affect both commercial and investment treaty arbitration. Parties from sanctioned jurisdictions will be more likely to choose ad hoc UNCITRAL Arbitration Rules with a seat in a jurisdiction, which has not imposed sanctions. It will also affect the choice of arbitrators and law firms, available to sanctioned entities and individuals.

On the other hand, restricting the provision of legal advice on transactional legal work but allowing representation in contentious matters is likely to become a standard approach in more jurisdictions to ensure access to a fair trial by sanctioned parties.

However, it will take more than such legal amendments for cautious Western law firms to resume representation of Russian clients, which could be riddled not only with moral issues but also with complex matters of interpretation of domestic and regional sanctions regimes.

This blog was originally published here.