The 2022 UNESCO MONDIACULT Declaration: Anything New for Restitution? 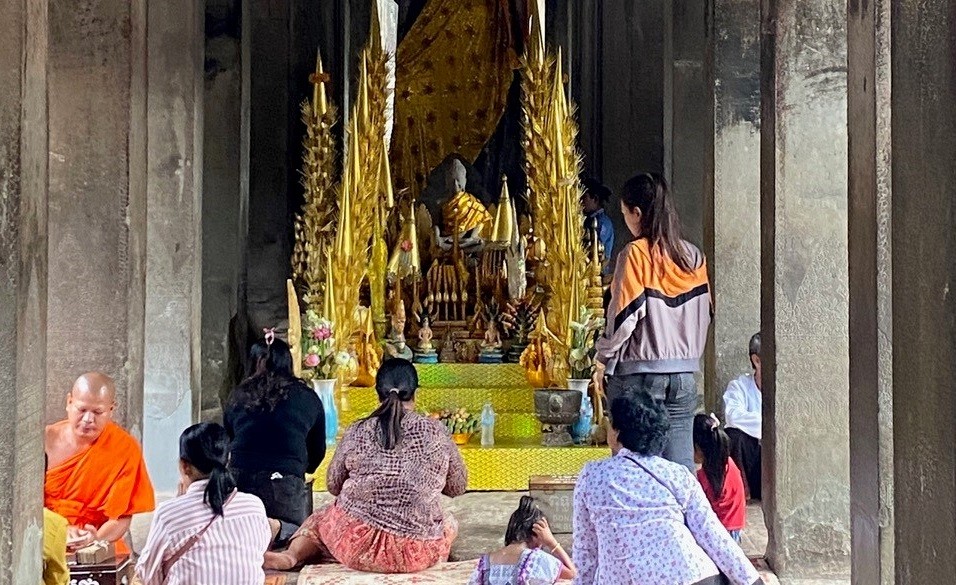 At the end of September 2022, delegates from 150 countries gathered at the UNESCO World Conference on Cultural Policies and Sustainable Development - MONDIACULT 2022 - in Mexico City. There, a Declaration for Culture (the 'Declaration') was adopted by the Ministers of Culture of the Member States of UNESCO, which established culture as a 'global public good', a term which emphasizes the interests of everyone in culture, no matter its location or origin. This approach has long been adopted in UNESCO instruments with regard to the protection of cultural heritage, grounded on a universal importance that transcends boundaries. This internationalist argument has also been used by some 'universal museums' to retain objects in their collections, even when there may strong legal or ethical grounds for restitution. However, the UNESCO Convention on the Means of Prohibiting and Preventing the Illicit Import, Export and Transfer of Ownership of Cultural Property (1970 Convention), an international treaty that provides obligation to return cultural objects among its state parties (Art 7(b)(ii)), did not adopt a universalist approach but, rather, an nationalist one based on state sovereignty. This approach does not consider cultural objects as 'global public goods' but also does not recognise the interest of individual or community stakeholders.

In the Declaration, the Ministers of Culture of the UNESCO Member States called "for an open and inclusive international dialogue for the return and restitution of cultural property" (para 17), while also committing to "expanding efforts to promote the protection, return and restitution of cultural property, including in consultation with the populations concerned and with their free, prior and informed consent" (para 10). Therefore, despite adopting the concept of 'global common good' and an apparent 'internationalist' perspective on culture, UNESCO Member States have committed to integrate community level stakeholders in restitution efforts. This could mean that a restitution process would not take place at a purely inter-state level when the object being returned is of interest to a community.)

In the Declaration, the Ministers of Culture also encouraged:

"UNESCO to promote the effective implementation of existing legal frameworks or policies for the return of cultural property to its countries of Origin or its restitution in case of illicit appropriation, through proactive mediation by the UNESCO Intergovernmental Committee for Promoting the Return of Cultural Property" (para 17).

The Intergovernmental Committee for Promoting the Return of Cultural Property to its Countries of Origin or its Restitution in case of Illicit Appropriation (ICPRCP) was established by the UNESCO General Conference in 1978 as a permanent intergovernmental body. The Committee was to provide an international platform to help settle disputes over the restitution of cultural property between UNESCO member States, when those disputes do not fall within the remit of the 1970 Convention and are thus dependent on negotiations between the states concerned. As the 1970 Convention does not apply retroactively, its obligation to return a stolen or illegally exported cultural property can only be enforced with regard to objects "imported after the entry into force of this Convention in both States concerned" (Art 7(b)(ii)). This means that it is only applicable with regard to objects that were unlawfully removed from a state from 1972 onwards, the year the Convention entered into force, at the earliest. Hence, it does not apply to objects looted as part of the Holocaust, for example. It also means that it is not applicable with regard to those objects that were looted during the colonial era. While a number of guidelines and laws have been adopted to address Nazi loot, this has not yet been the case for cultural objects looted during the Colonial Era. The non-retroactivity of the 1970 Convention has left UNESCO largely absent from the restitution debate, despite its long history devising international instruments in the field of cultural heritage, as part of its role as the world's leading cultural organisation.

While the ICPRCP was meant to be tool that would bypass the limitation intrinsic to the 1970 Convention, it has often been considered ineffective as most of the (few) cases it treated were ultimately resolved bilaterally; at best, it served as an additional platform for guiding bilateral talks (see for instance UNESCO's own evaluation of this system). In order to strengthen its role, the ICPCRP requested to engage more actively in mediation and conciliation (see decisions 33C/REP/15: paras 10-11), for which rules of procedure were finally adopted in 2010. However, while in 2021, 70% of respondents to a survey among Member States named "boosting the use of the mediation and conciliation procedure" a top priority for the coming years (see ICPRCP/21/22.COM/5.Corr: page 6), there has to date been little progress in operationalizing the procedure (for instance the 2016/17 report talks about the UK's decision to decline a request for mediation by Greece in the case of the Parthenon Marbles: 39C/REP/20, para 15).

Despite the lack of appetite for its use so far, the UNESCO Member States specifically encouraged "proactive mediation" through the ICPCRP in the Declaration (para 17). Such encouragement appears to gloss over the intrinsic flaw of the ICPRCP: its intergovernmental nature. While the ICPRCP can consider cases that do not fall under the remit of the 1970 Convention, it remains limited to inter-state disputes, even if a State party can "represent the interests of public or private institutions located in their territory or the interests of their nationals" (Art 4(2) of the rules of procedure for mediation and conciliation). One may further ask whether an intergovernmental body is the most adequate to lead a mediation process between states with enduring power imbalance, i.e. former colonial powers and their former colonies.

Furthermore, the Declaration calls for restitution as an "ethical imperative to foster the right of peoples and communities" (para 17). This emphasizes restitution as a matter of ethical responsibility, thereby bypassing some of the legal obstacles that often serve to unilaterally declare that restitution is not possible. Restitution on ethical grounds, as was for instance proposed in Belgium, provides a way for opening the debate in a proactive manner. However, it also raises several issues and calls for guidance as, unlike decisions based on legal grounds, decisions based on ethical grounds bring a greater level of uncertainty for both parties. In addition, it establishes restitution as a means to realise "the right of peoples and communities", again highlighting the States' commitment to engage with the relevant groups at the local level. This point is not easily reconcilable with the focus on the role of an international platform like the ICPRCP, at least in its current form. However, it is reflective of practice as a number of restitution processes have been conducted between a cultural institution and a community of origin, thus directly contributing to the realization of the human right of the members of a community in accessing and enjoying their heritage. The 2019 Framework Principles adopted in Germany in 2019 state that returns should not only be made in agreement with the countries of origin but also with their communities. The Recommendations on Participation in Global Cultural Heritage Governance recently adopted by the International Law Association suggest that participation should be treated as a right of non-state actors and that heritage matters should not be considered as a state prerogative. A participatory approach to restitution, which establishes that cultural heritage may also be a 'local (common) good' before being a 'global common good', should not only be encouraged but should be systematically adopted in restitution processes. While UNESCO has not yet proven to be an adequate forum to resolve restitution disputes and engage communities in those processes, it has nevertheless been the catalyst for a commitment from 150 States to increase their efforts with regard to restitution and to engage local communities in those processes.