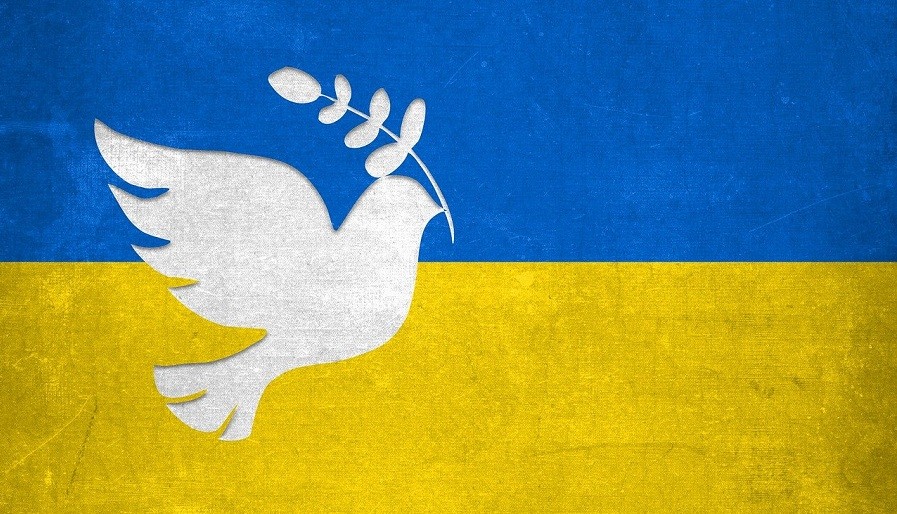 Almost four weeks into the Russian invasion, important Ukrainian heritage sites have suffered destruction or damage, including the State Academic Opera and Ballet Theatre and the Philharmonic in Kharkiv, as well as the museum of local history in Ivankiv, where the losses have included works by the celebrated Ukrainian folk artist, Maria Prymachenko. Plenty more is at risk, including Ukraine's seven World Heritage Sites designated pursuant to the World Heritage Convention (1972) and countless artefacts and works of art, some of which have already been evacuated from churches, museums and galleries all over Ukraine.

Coupled with the chilling reports of the mounting numbers of civilian casualties in Ukraine and attacks against protected objects such as the Mariupol hospital, news of destroyed and damaged cultural heritage could lead one to question the capacity of international humanitarian law (IHL) to meaningfully influence the conduct of hostilities. However, IHL has been designed precisely to apply during armed conflict, and it is clear that attacks against the civilian population and civilian objects violate its most basic rules and principles, and may be punishable as war crimes, as explained in an earlier commentary. It is just as clear where cultural property (a special category of civilian property) is concerned, in spite of the existence of the somewhat infamous waiver of its protection on the grounds of imperative military necessity.

Military necessity is sometimes considered as one of the most elusive concepts of IHL. Operating both as an exception to primary rules and as a basic principle of IHL, it has been notoriously difficult to interpret, not least because of the divergent meanings attached to it by different epistemic communities. The scarce definitions of military necessity insist that it operates within, not outside the realm of law (e.g. Article 14 of the 1863 Lieber Code, i.e. the instructions regulating the conduct of the Union forces during the American Civil War, refers to 'the necessity of those measures which are indispensable for securing the ends of the war, and which are lawful according to the modern law and usages of war'). Nevertheless, military necessity has long kept its sinister aura, undoubtedly fueled by political statements which offered it as justification for serious breaches of international law, such as the German invasion of Belgium in 1914.

Fast forward to the end of WWII, with the Cold War in full swing, this mistrusted concept was introduced into the 1954 Hague Convention for the Protection of Cultural Property in the Event of Armed Conflict. During the diplomatic conference at The Hague, it became the bone of contention between States aligned with the 'idealist' outlook which saw no place for military necessity in the future convention (such as Greece, Hungary and the Soviet Union), and the 'military realists' (including the US, the UK and Turkey) which advocated the retention of the reference to military necessity, arguing that the convention had to be militarily applicable. After much disputation, a compromise was achieved: the convention would allow for an ostensibly more restricted, 'imperative' military necessity (Article 4.2) to operate as a justification for acts of hostility against the cultural property protected by the convention (Article 1), and for using such cultural property in a manner likely to expose it to destruction or damage. As a result, while the States parties generally committed to respect cultural property during armed conflict, the convention would not breached if an attack against protected cultural property or its use for military purposes were required by reasons of 'imperative military necessity'. However, amid the heated debates on whether or not the waiver ought to be retained in the convention, the delegates neglected the question of its definition - it was clear that the argument of imperative military necessity could be used to save human lives, but what about other situations? Could cultural property be sacrificed to ensure the success of a military mission? And who would be authorized to invoke it? These questions remained without an answer. Thus, despite the compromise reached at The Hague, the waiver as to imperative military necessity has immediately been hailed as one of the principal weaknesses of the international legal framework protecting cultural property during armed conflicts. It was criticized especially for its inherent subjectivity and opacity, which seemingly could justify abuse.

Almost 70 years after its adoption, the context in which the Hague Convention applies has not remained unchanged. With the memory of indiscriminate bombing during WWII still fresh, the delegates to The Hague could not have anticipated that intentional destruction during wartime would become a far more serious threat to cultural objects in the decades to come. As a result, it has become very important to clarify the rule of respect (and the meaning of the linked waiver as to military necessity) laid down in the convention. On the other hand, international law too has changed a great deal since the mid-1950s. Developments in various areas of international law, not least the development of treaty and customary international law and the jurisprudence of international and internationalized courts and tribunals, affect the current understanding of what constitutes military necessity in the cultural field; as a result, it can no longer be considered a blind spot of IHL.

Among these developments is the adoption of the 1999 Second Protocol to the Hague Convention, in light of which a waiver in respect of 'imperative military necessity' to direct an act of hostility against cultural property may only be invoked if such cultural property has been made into a military objective by its function, and, at the same time, there is no feasible alternative to obtain a similar military advantage to that offered by that act of hostility (Article 6). The same Article limits the applicability of the waiver insofar as using cultural property for purposes likely to expose it to destruction or damage is concerned. The Second Protocol also specifies the rank of the officer authorized to invoke imperative military necessity and emphasizes the requirement of a previous warning before the attack, as well as including detailed provisions relating to precautions to be taken by both sides to the conflict. Although Russia has not ratified the Second Protocol, its strict definition of imperative military necessity might nevertheless be used by a future, potential court when deciding on the responsibility for war crimes, either as customary international law or simply as a clarification which informs the Hague Convention's Article 4.2. In this regard, it should be observed that the circumstances of the destruction of the Ivankiv local history museum do not suggest that it had been turned into a military objective and that an attack on it could have been expected to yield a military advantage. If these reports are confirmed, the attack must be condemned as a breach of treaty and customary international law.

Additionally, the Lieber Code highlights another important limit to military necessity, linked to one of the original drivers of IHL, which was to limit the impacts of an armed conflict to enable a return to a lasting peace in its aftermath (Article 16). As asserted by the UN Security Council, unlawful destruction of cultural heritage 'can fuel and exacerbate conflict and hamper post-conflict national reconciliation' (Res 2347(2017), rec. 5). Conversely, even amid the worst of human suffering, cultural heritage carries the message of hope for a peaceful and harmonious tomorrow, and has the potential to be an important and versatile conduit for transitional justice. Maria Prymachenko's 1982 painting 'A Dove Has Spread Her Wings and Asks for Peace' has become a symbol of the struggle for peace, recreated by artists and antiwar protesters worldwide. The paintings of Ukrainian and Russian masters which used to hang side by side in Ukrainian museums, now, wrapped back to back in bubble foil by museum professionals, await better days in bomb shelters. Tech and digital heritage experts from all over the world have volunteered to record and archive Ukrainian digital heritage to save it from distortion or disappearance in the event of host sites going offline, e.g. if the relevant servers are destroyed. It is clear that the stakes are much higher than the prevention of damage to objects and digitized collections. Protection of Ukraine's cultural heritage might have a bearing on how quickly the eventual peace can be achieved, and how sustainable it will be.