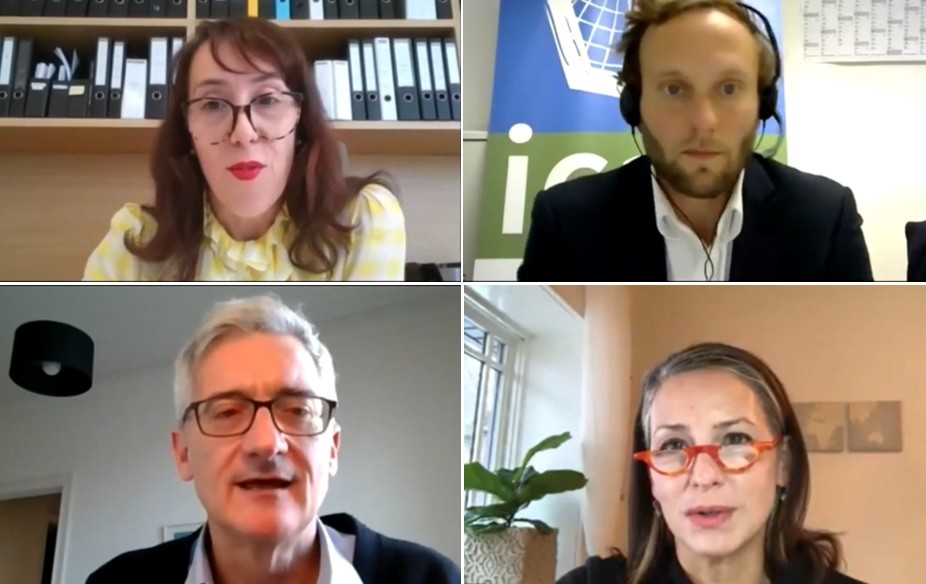 On 18 November 2020, the Investment Treaty Forum of the British Institute of International and Comparative Law (BIICL), along with Three Crowns LLP, co-hosted a conference on Emissions Trading: International Law and Dispute Resolution.

Professor Yarik Kryvoi opened the conference and introduced the speakers. The chair of the panel was Kathryn Khamsi of Three Crowns LLP. The other panellists were William Acworth of the International Carbon Action Partnership, Lisa DeMarco of DeMarco Allan LLP and the International Emission Trading Association, as well as Jacob Werksman of the European Commission.

The panellists discussed four topics: (1) an overview of the domestic, regional and international emissions trading systems, (2) the challenges for private entities in emission trading, (3) the risks of the ongoing transition in emission trading from the Kyoto Protocol to the Paris Agreement system, and (4) the role of dispute resolution.

As explained by one speaker, the domestic regulation of emission trading entails placing a cap on emissions, either economy-wide or in particular sectors, and allowing companies within those sectors to trade emissions allowances. The trade of emissions allowances signals a price for carbon, in turn allowing the costs of emitting greenhouse gasses to be embedded in production and consumption costs. One consequence of emissions trading schemes is that they can help assess the value of emissions and inform consumers and manufacturers as to their impact on the environment. The observable trend points to emission prices increasing over time. Asia and Latin America have recently introduction emission regulations, with robust pilot schemes being rolled out in China and Mexico. A desirable future development would be to link carbon trading systems between jurisdictions and converge unit prices through, for instance, the bilateral linking agreements.

Another speaker noted that we are currently transitioning from implementing the Kyoto Protocol to the more recent Paris Agreement and this process is incomplete. Experience shows that emissions trading regulation works best at the domestic and regional levels. One of the risks of an international scheme is mistakes in the accounting of emission units. In particular, units may not be uniformly valued across jurisdictions or might be double-counted without accurate tracking of the movement of units within and between markets. In addition, there are uncertainties relating to the transition between the Kyoto Protocol  system and the Paris Agreement system. The former contained a robust, legally binding compliance system. Under the Paris Agreement, each country nationally determines the nature of their commitment, in an attempt to widen the number of participating states, but this makes it difficult to create a legal binding emissions trading system. There are therefore difficulties with importing approaches from the Kyoto Protocol system.

One obstacle to increasing the role of private entities is the variety of emission trading schemes, and the possibility that a private entity may be subject to regulatory action by multiple States. In addition, if markets with different emission prices are connected, capital will be transitioned from one state to the other. This could result in political controversy, the solution to which requires explaining the objective of emission trading regulation to the public.

Finally, on the point, back and forth transfers of units between jurisdictions may create issues for private entities in calculating their volumes accurately.

According to one speaker, the growth of emissions trading will benefit from States taking a uniform approach to market creation and regulation. This will also facilitate linking and, if necessary, delinking. Some of the inconsistencies between jurisdictions can be ironed out through common ratings and assessment criteria. Information can be also shared openly with the buyers and governments can offer more guidance to private entities in navigating the system.

One case study is the Western Climate Initiative, establishing a shared emission trading market between Quebec and California, and where Ontario readily linked and then delinked from the scheme.

The speakers noted the significant opportunities for investors in emissions trading. According to a recent study, units can generate an estimated annual savings of 250bln USD globally from 2030 onwards. However, one speaker noted that the pursuit of financial gains cannot be the only motivation for developing emissions markets and investing in units. This could lead to a regulatory race to the bottom. Ideally, the governments' primary aim should be to ensure the environmental integrity of emissions reductions. The experience so far has shown that this is achieved when emissions reductions are backed by public support, as in the Iceland-Norway-EU market. Another speaker noted that, while environmental integrity should indeed be a priority, not all cheap emission reductions are bad. Some units are cheap because the transaction costs are low, rather than because their quality is poor.

One of the speakers noted that, in some jurisdictions, emission units are not viewed as property rights for purposes of investment law standards. It is questionable whether this would survive scrutiny in the context of an investment treaty arbitration, for example. There may be circumstances where government action is arbitrary and triggers breaches of the principles of procedural fairness or due process. This may result from a lack of reasons provided by the regulators in taking emission trading decisions, such as a decision to delink from a scheme, and/or no right for the private party to be heard.

Aside from investment treaty protections, there is also currently no institution overseeing emission trading at the international level. The United Nations Framework Convention on Climate Change (UNFCCC) contains a dispute resolution clause that refers disputes to the International Court of Justice or arbitration. However, it is not compulsory and these tools have never been used.

The Paris Agreement, which is a protocol to the UNFCCC, refers to the UNFCCC for the purposes of dispute resolution. However, it also contains a compliance mechanism, which provides for a multilateral facilitative process to assess compliance with nationally determined emissions reductions targets. However, emission targets under the Paris Agreement are not legally binding as to result, contrasting with the earlier system under the Kyoto Protocol. Only obligations of reporting, transparency, and provision of information are binding.

Any State-State binding dispute resolution system established to address emissions trading disputes may need to have relevant expertise, given the highly complex and technical nature of international and cross-border emissions trading disputes. Apart from that, States can take action through the market. For instance, Sweden was selling its Australian environmentally unfriendly bonds in a push to reduce greenhouse gas emissions.

The recording of this conference is available on the BIICL YouTube channel for free. More events and recordings related to international economic law is available in the ITF members-only section.