Making a case for Digital Utilities 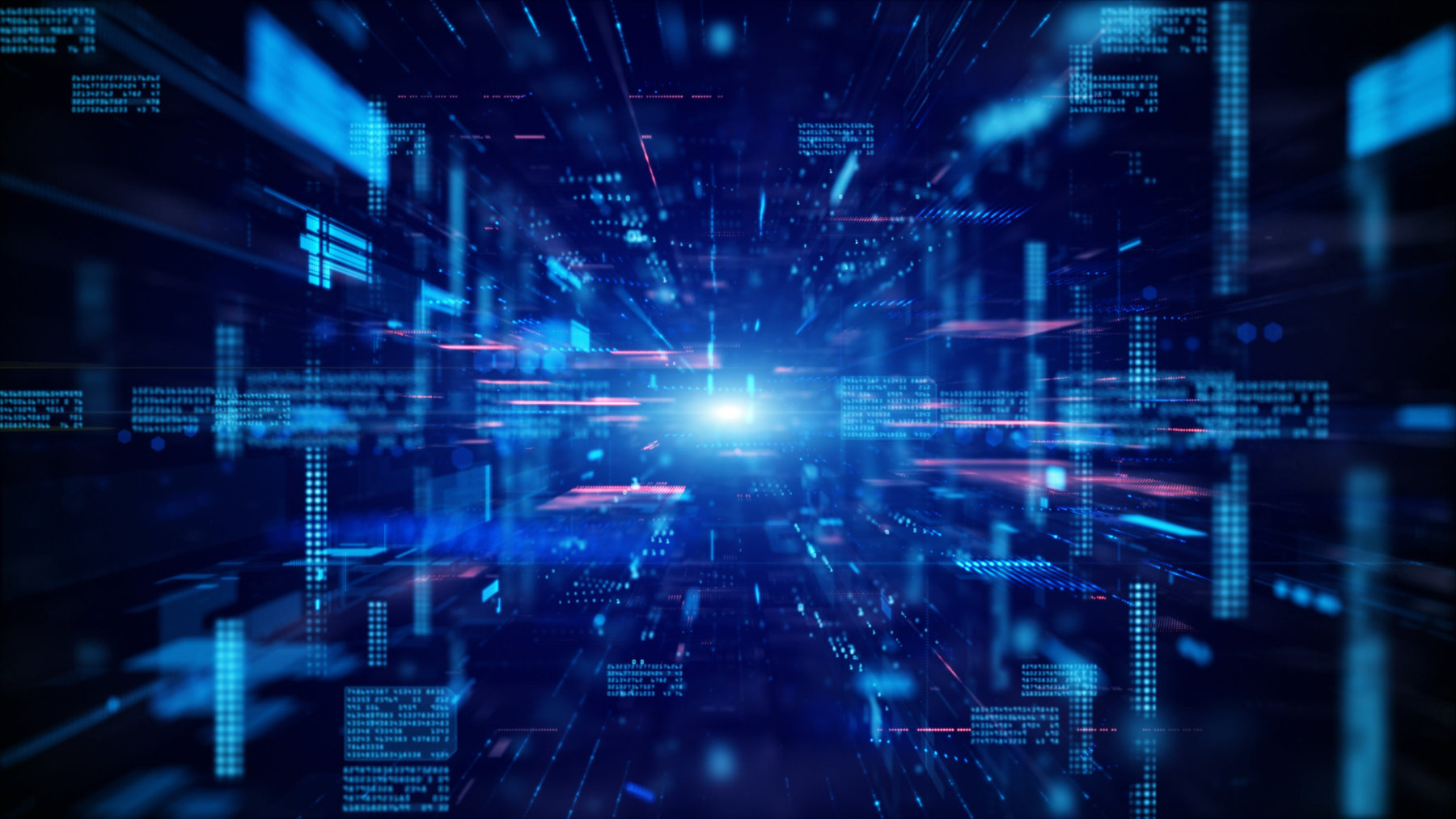 Oscar Wilde once said that 'as people are old enough to know better, they don't know anything at all'. Notions from the past may be viewed as outdated from the perspective of a new generation. Understandings evolve for different reasons, among others, fuelled by rapid technological changes and the fundamental importance of innovation in the case of the digital economy. This may be the case of the utilities sector traditionally understood as telecoms, gas, electricity, transportation, postal services (Utilities). The importance of securing access to Utilities -as theorised in the 80s and 90s- for any individual were closely linked to arguments partly based on fundamental rights. The digital economy has brought new challenges and this may also require new notions. There are good reasons to consider some of the core services provided by digital platforms akin to Utilities and perhaps it is possible to rename them as digital utilities. This is nothing new as some reports delivered by competition experts such as 'Unlocking Digital Competition' in the UK (Furman report) and the review delivered by the Stigler Committee on Digital Platforms in the US (Stigler report) have already considered this same scenario. There are four reasons to make a case for digital utilities.

Firstly, the European experience regarding the liberalisation of Utilities provide an eerie sense of déjà vu. When the question of opening digital markets to competition is suggested, the European Commission (Commission) could argue: 'I have been there, I have done that'. In the case of the liberalisation of Utilities, the debate was focused on facilitating competition as these sectors were controlled by a state-owned company. For example, in the telecoms sector, British Telecom in the UK or SIP in Italy. Questions were raised if a monopoly was the best option to deliver low prices, choice and quality to consumers. Thus, a sector specific regulatory regime was designed to tackle state-owned monopolies by opening these market segments to competition. The goal was to transition from one public entity to private entities. The Commission led liberalisation as pursuing this objective overlapped with a broader EU policy goal which is the completion of the single market. There may be some parallels between Utilities and digital platforms as they both have the same starting point: natural monopolies. It could be argued that the goal of digital regulation will be to pass from one private entity to private entities. The Commission has the chance to play a key role in this regard and -conveniently enough- this could also overlap with the goal of achieving the single digital market. The proposals currently being discussed such as the Digital Services Act and the New Competition Tool seem to show a preference to confirm the Commission's leading role in digital platforms.

Secondly, a dynamic understanding of the notion of utilities. As mentioned earlier, traditionalists will argue that Utilities are the same industries regarded as such during the 80s and 90s. However, this notion can prove to be mistaken if the reasons to regulate Utilities are properly understood. There are two important considerations in this regard. One was an economic reason as competition in the Utilities market was regarded as beneficial to consumers in the form of low prices, quality and choice. Then second reason was based on social considerations as Utilities were linked to the notion of public service and the right of every citizen to have access to them. Regulatory regimes were designed to open the Utilities markets to competition and deliver a better outcome for consumers as state-owned entities were deemed unsuitable for such purpose. In the case of digital platforms, there is already a very strong case -probably unanimously accepted- to implement some form of economic regulation and open digital markets to competition. Some of the goals are similar to those sought by the liberalisation ideals. There are also other considerations beyond economic reasons to regulate digital platforms. For example, in the UK the Cairncross review on journalism analysed some of the risks brought by digital platforms such as Google News, Facebook news feed and Apple News. Some of them include the implementation of a code of conduct to regulate the interaction between platforms and news publishes and also a news quality obligation to check content posted on the platform. In the same way, there are some signs showing the unprecedented scale and power of digital platforms. Its effects are -of course- ambiguous and not necessarily always negative. One example is Amazon's distribution system. The UK government recently benefited from such network to deliver test kits in the case of a global pandemic. Another example is Google community reports on covid-19. Google was able to show mobility changes when the strictest lockdown measures were implemented by governments in the case of covid-19. While this report was published in an aggregated way and for good reasons it is somehow odd -and to some extent scary- to realise the amount of data and tracking devices held by Google. This shows the necessity to discuss not just economic regulation but also developing holistic digital regulation. One can always wonder if a holistic approach makes digital platforms more like digital utilities.

Thirdly, as mentioned before it is not surprising that competition experts and policymakers have already suggested some parallels between Utilities and digital platforms. The Furman report considered this possibility but its analysis was mistaken. It argued that digital platforms cannot be subject to regulation akin to that applicable to Utilities because such regulatory regime 'accepts the monopoly position'. However, Utilities regulation is also meant to achieve the opposite, some of its aims are to open markets to competition and to isolate segments subject to monopoly. The Stigler report, instead, took a positive approach and confirmed that digital regulation closer to Utilities regulation would be a valid option for the digital world. If the analogy is accepted then a more relevant question would be how to design a regulatory regime. As explained in a previous post, a flexible and pragmatic principle-based approach could prove to be better than a set of prescriptive rules based on prohibitions and duties.

Fourthly, the Commission has -arguably- already enforced competition law in the digital sector showing a nascent understanding of what it could be regarded as digital utilities. The Google Shopping decision is a good example for three reasons. First, the Commission was -arguably- enforcing competition law to facilitate access to Google's platform. In this case, Google's search engine developed a new service, a comparison-shopping site named Google Shopping. The issue at stake was that Google's design gave its own comparison-shopping site a more prominent position compared to the sites from its competitors. One of the underlying messages from this case seems to be that -arguably- Google's competitors cannot be demoted or treated differently than other services provided by Google on its own platform. Second, when Google designs its own search engine or develops new products it cannot consider its own profitable interest but also the interest of its competitors. From the perspective of competition law, it seems odd to realise that the enforcer is -in reality- promoting competition by protecting competitors. This is clearly a type of intervention more similar to that applicable in the Utilities sector. For example, in ENI (commitment decision) the Commission argued that the incumbent Italian gas operator was refusing access to rivals to its own infrastructure and was also incurring in 'strategic underinvestment' as it was limiting investment on its own infrastructure to harm its own rivals as they could have benefitted from such improvements. Third, the Google Shopping decision makes (more) sense if access to Google's platform is indispensable to compete. Google should have -in principle- the liberty to design its own products and website based on its own interest and its own incentives to develop new innovate products. However, the Commission seems to suggest that rivals require access to the platform to compete. Regrettably, the Commission did not conduct a proper and serious analysis of the requirements on refusal to deal as discussed by the Court of Justice of the European Union in Bronner. The Google Shopping decision is under appeal but if the Commissions' reasoning is confirmed, then Google shall design new products considering not just its own interests but also those from its competitors. In other words, it should not be surprising if in the future Google's platform is considered as some form of essential facility.

A dynamic notion of utilities?

For someone who grew up amidst new technological developments, the notion of Utilities will certainly be broader than that developed a few decades ago. It is true that making phone calls, having access to electricity and gas, transportation, among others, are essential for every citizen. Nonetheless, the digital era has disrupted many industries and has transformed the way we live and interact with other people. Access to a search engine, shopping online and communicating with friends, family and even partners-to-be are almost always conducted online using a platform. All the evidence seems to point towards a new direction, perhaps the development of a notion of digital utilities. To complement Oscar Wilde's phrase, it could be argued that the young may not be old enough to know better but, in this case, it seems that they do.